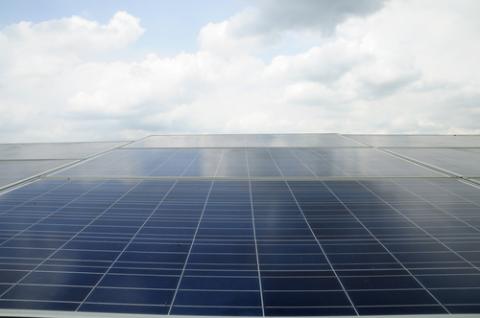 LONDON — Energy Minister Greg Barker said the U.K. can multiply its capacity to produce solar power eight-fold by 2020 in an effort to reduce reliance on fossil fuels.

Barker said he’s consulting with companies about how the government can achieve its forecast of having 10 gigawatts of solar power within the next decade and thinks 20 gigawatts is achievable, up from 2.4 gigawatts at the end of June. In Birmingham, he said he will deliver a strategy for solar power in the spring of 2014 after assessing industry views.

“I believe we can go faster and further,” Barker said in a 38-page solar power strategy document today. “Along with many in the industry, I think that up to 20 gigawatts of deployed solar is not only desirable but also potentially achievable within a decade.”

Prime Minister David Cameron’s government already is fighting a backlash against wind farms, which local groups say blight the landscape, and to check power prices that have risen to pay for the spread of renewable energy. Ed Miliband, the leader of the Labour opposition, pledged last month to freeze utility bills if his party wins the election due in 2015.

“New solar installations must be sensitive to public opinion and mindful of wider environmental and visual impacts,” Barker said in the text of a speech issued by his office in London. “The impacts of deployment on grid systems balancing, grid connectivity and financial incentives will also have to be considered, ensuring the challenges of deploying high volumes of solar PV are addressed.”

By working with companies, Barker said the U.K. will be able to speed up progress toward grid parity, where solar power can compete with fossil fuels without relying on subsidies.

Solar capacity has risen from 94 megawatts at the end of 2010, according to Barker’s Department of Energy and Climate Change. Ministers identify the technology as one of eight that can help Britain meet its European Union target of getting 15 percent of all energy from renewables by 2020 and meeting a domestic goal to cut emissions 34 percent in the three decades through 2020.

In today’s strategy document, the energy department said solar deployment must be cost-effective, cur carbon dioxide, and be appropriately sited. Assistance to the industry must take into account its effects on balancing the power grid, the government said.