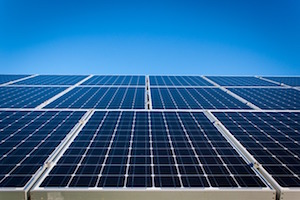 Buried as an obscure-sounding item in a 10-page Trump administration list of Chinese products that are set to be taxed at an additional 25 percent are some solar equipment that, if ultimately included, could affect the renewables industry, the Solar Energy Industries Association warned in a letter to its members on Friday. A decision could be at least two months away, with implementation further off.

The inclusion of “diodes for semiconductor devices, other than light-emitting diodes” would be a “negative development” for the U.S. market, association President Abby Ross Hopper wrote. It appears to keep solar in the administration’s cross hairs almost five months after it slapped tariffs on imported solar equipment. Shares of solar companies fell Friday.

Still, “the tariffs would likely have a muted impact on the U.S. solar market since they are narrow, applying only to cells and modules from China,” Cheryl Wilson, an energy policy analyst with Bloomberg Intelligence, said Friday. “Most U.S. solar imports come from other countries in Southeast Asia.”