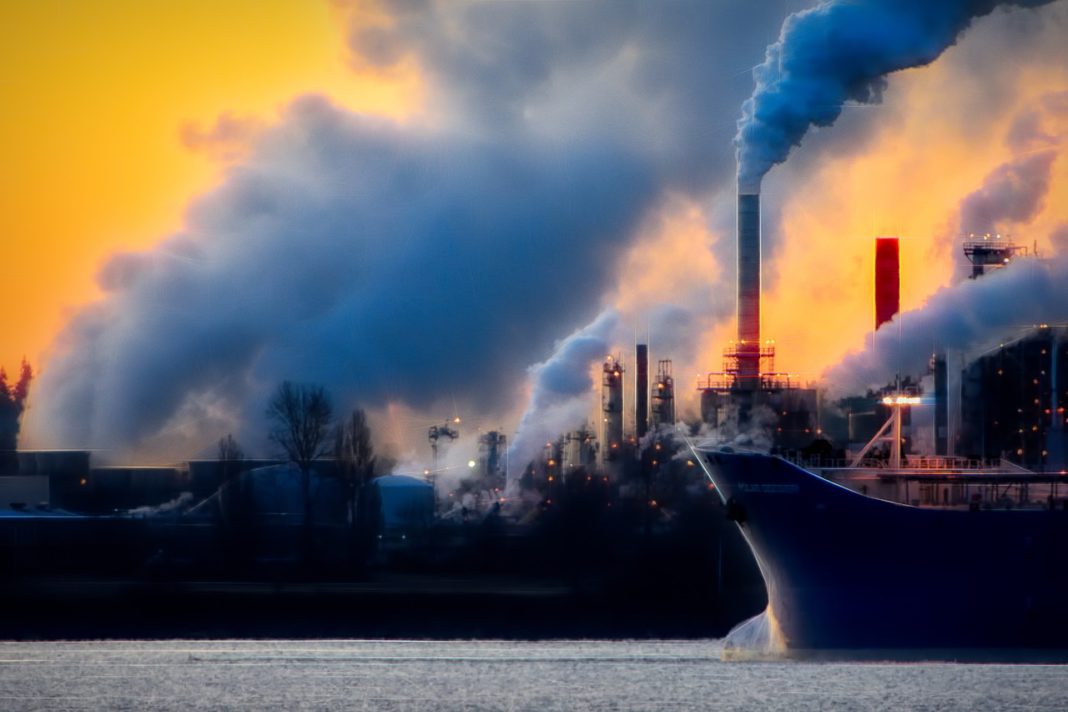 By Jennifer A. Dlouhy, Bloomberg

President Donald Trump formally began the process of withdrawing the U.S. from the Paris climate accord on Monday, a move announced in 2017 that will take another year to complete.

The State Department formally submitted a request to withdraw from the pact signed by roughly 200 countries on Monday, the earliest date Trump can make the official notification.

“President Trump made the decision to withdraw from the Paris agreement because of the unfair economic burden imposed on American workers, businesses, and taxpayers by U.S. pledges made under the agreement,” Secretary of State Michael Pompeo said in an email.

It will take a year for the move to take effect — setting the stage for the U.S. departure on Nov. 4 next year, coincidentally a day after the 2020 presidential election.

But, critics say, he’s already retreated from the fight against global warming by systemically undoing emissions-cutting policies — an issue Democrats aim to use against him on the campaign trail.

“With or without the paperwork the administration is doing to withdraw from Paris, they have effectively withdrawn from any kind of commitment already,” said Joe Goffman, executive director of the Environmental and Energy Law Program at Harvard Law School.

Trump, who has repeatedly questioned the science behind climate change, vowed to leave the Paris climate accord while campaigning for president. He formally declared his intentions during a Rose Garden speech in 2017.

Trump reiterated his plan last week, calling the pact “a total disaster for our country” that would hurt American competitiveness by enabling “a giant transfer of American wealth to foreign nations that are responsible for most of the word’s pollution.”

The president has celebrated other environmental priorities, regularly touting the U.S. as having the cleanest air and water. The 2015 climate accord is really a collection of individual, country-specific pledges to cut greenhouse gas emissions, designed with an ambition to strengthen them over time. Under former President Barack Obama, the U.S. committed to reduce emissions by 26% to 28% below 2005 levels by 2025.

The one-year withdrawal timeline could draw more attention to climate change as a campaign issue.

The 2020 Democratic hopefuls have vied to outdo each other with plans to rapidly slash greenhouse gas emissions, drive renewable power and quash fossil fuel development. Their environmental ambitions took center stage in a seven-hour climate-focused town hall with 10 Democratic presidential candidates in September.

If Trump were to lose re-election, his successor could reverse his course right after the January inauguration. There is a 30-day waiting period for re-entry to take effect.

“It takes four years to leave. It takes 30 days to go back in,” said David Doniger, with the NRDC Action Fund. But, he said, “a three-month timeout where the U.S. is formally out is not going to be any different than the level of disrespect the president has given the previous three years” to climate change.

The U.S. carbon-cutting pledge hinged on an assortment of domestic environmental policies governing everything from automobiles and power plants to oil wells and light bulbs. Here’s a look at Trump’s efforts to roll back major climate regulations:

The Environmental Protection Agency in June repealed sweeping Obama-era curbs on greenhouse gas emissions from power plants and replaced them with requirements for modest upgrades at individual sites.

The Trump administration said its replacement rule is projected to reduce carbon dioxide emissions in 2030 by about 11 million short tons over what would happen without Obama’s so-called Clean Power Plan in place. In part, that’s because utilities and electric companies have moved more rapidly than expected to use natural gas and renewables, displacing heavier-emitting coal-fired power.

Public health groups, at least six cities and more than 20 states are battling the rule change in federal court.

The Interior Department also resumed selling leases to extract coal from federal land, canceling an Obama-era moratorium on the sales and an underlying review of possible changes to factor climate change consequences into coal leasing decisions.

The Transportation Department and Environmental Protection Agency are working to dial back requirements governing automobile fuel economy and greenhouse gas emissions charted under Obama in concert with carmakers and California.

In August 2018, the agencies proposed capping those requirements at a 37-mile-per-gallon fleetwide average after 2020, rather than allowing current regulation increases to roughly 50 miles per gallon by 2025. Now, after lobbying by automakers, agency officials have tentatively decided to soften the proposal by requiring 1.5% annual increases in auto efficiency fleetwide.

The possible changes alarm environmentalists because automobiles are among the biggest sources of greenhouse gas emissions.

The EPA, meanwhile, has challenged California’s authority to set more stringent requirements limiting greenhouse gas emissions from auto tailpipes than what the federal government requires — mandates that are followed by other states.

The Energy Department is easing efficiency standards for some household appliances that help lower power consumption — and the greenhouse gas emissions tied to producing that electricity.

In September, the agency finalized a regulation rolling back energy-use requirements for billions of the most commonly used light bulbs. The standards, which had been scheduled to take effect in January 2020, applied to light bulbs commonly used in recessed lighting, track lighting, bathroom vanities and decorative fixtures.

The Trump administration is moving on multiple fronts to ease requirements for stemming oil and gas well emissions of a powerful greenhouse gas known as methane.

The Interior Department already eliminated key requirements governing oil and gas wells on public land, including requirements for capturing more methane at the sites instead of venting or burning it off. It also stripped away a requirement that energy companies working on public land regularly search for leaks.

And now the EPA is seeking to abandon regulations designed to stop methane leaks from wells on private land too.

The Trump administration is unraveling a web of policies that forced federal agencies to consider climate change, while stripping states of power to keep their own carbon dioxide emissions in check.

Trump regulators, for example, have directed agencies to stop using an Obama-era estimate of the “social cost of carbon” to assess the potential economic damage from climate change, which had been used to justify a slew of environmental policies.

–With assistance from Ari Natter, Nick Wadhams and Jordan Fabian.