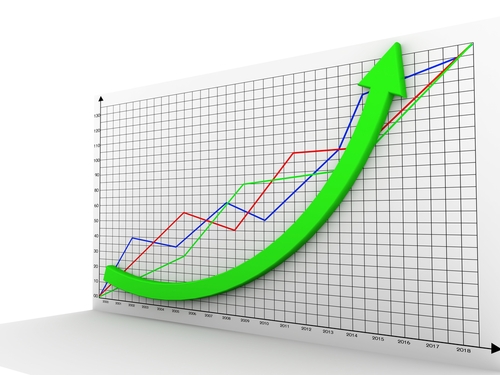 Panel consumption “is rising all over the world except in Europe, and China will largely contribute to the increase,” Wang said in the Jan. 17 interview. “Prices are still dipping but, depending on Chinese demand, the decrease may stop in the second half,” he said.

An increase in panel shipments may signal Chinese manufacturers are turning more optimistic after a year when prices of polysilicon plunged 40 percent and panels were down 19 percent. The 17-member Bloomberg Global Large Solar Energy Index, which includes JinkoSolar and Trina, has gained 26 percent this year compared with a loss of 26 percent last year.

The two companies “will grab more market share as they expect shipment growth to exceed that of worldwide demand” Lian Rui, a Beijing-based analyst at research company NPD Solarbuzz, said by phone today.

China, the world’s second-largest solar market in 2012, plans to more than double installations this year, the nation’s National Energy Administration said on Jan. 8. China had cumulative capacity of about 7 gigawatts last year, according to data compiled by Bloomberg New Energy Finance.

China will account for 30 percent or more of JinkoSolar’s panels this year as efforts to stimulate the domestic solar industry boost demand, Liu said.

Gains in Asia, together with the U.S. and India, will more than offset declines in Germany and Italy, contributing to a 22 percent rise in global solar demand in 2013, Deutsche Bank AG predicted in a Jan. 10 note to investors.

Trina has begun using two-thirds of its production capacity this month, increasing from half in December, Wang said. He expects the utilization rate to rise for the remainder of the year as the company expands its photovoltaic system sales business by developing its own projects.

The company said on Jan. 15 that it received approval from China’s Gansu province for a 50-megawatt solar farm. Trina expects profits to be generated from the business expansion after the second quarter, Wang said.

Trina said yesterday that it supplied 61 megawatts of modules to a power plant built on a former military airfield in eastern Germany.

JinkoSolar’s panel production capacity totals 1.2 gigawatts annually and the company ran its factories at a utilization rate of more than 80 percent last year, Liu said. The decline in panel prices is slowing and may rebound after inventories are depleted, he said.