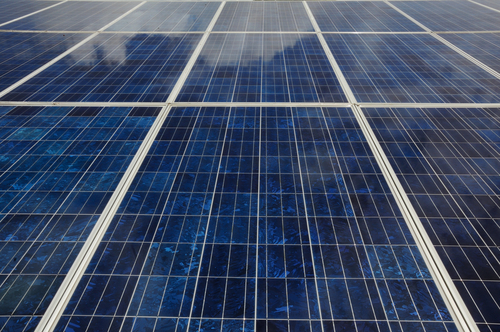 Trina Solar Ltd., the world’s biggest solar manufacturer, said it received a preliminary approach from its chairman and founder Jifan Gao to take the company private.

Gao made the offer in a letter dated Dec. 12 along with a buyer group that includes Shanghai Xingsheng Equity Investment & Management Co., a subsidiary of Industrial Bank Co. The company, which had a market value of $880.2 million at last week’s close, said Monday its board has formed a committee to evaluate the proposal.

“Gao may be considering the benefit to Trina’s business if it no longer needs to please investors on a quarterly reporting cycle,” Jenny Chase, head of solar analysis at Bloomberg New Energy Finance, said by e-mail. The company’s market position means it hardly needs the increased brand transparency and exposure that comes with listing, she said.

Another factor may be the stock price, which at $9.55 per share is below the level it was at for most of 2014 and the first half of 2015 despite general expectations of a strong 2016 for photovoltaic module demand, Chase said.

The buyer group would purchase all of the outstanding shares of the company not already owned by Gao and the bank for $0.232 in cash per ordinary share, or $11.60 in cash per American depositary receipt, according to the company statement.

Trina said the deal represents a premium of approximately 21.5 percent above the closing price on Dec. 11 and about 20.2 percent more than the average closing price of the American units over the last 90 trading days.