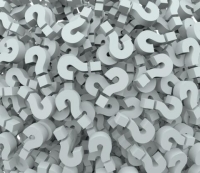 California, USA — More than 3 gigawatts (GW) of the projects currently in the U.S. photovoltaic (PV) project pipeline had been set to use Chinese modules, according to the latest NPD Solarbuzz United States Deal Tracker; however, with the recent anti-subsidy and anti-dumping rulings proposed by the U.S. Department of Commerce, companies may have to find other suppliers or potentially pay higher prices for those modules.

Approximately half of the U.S. PV project pipeline is composed of ground-mount systems—many of them large-scale. While traditionally these have been attractive due to economy of scale savings, many could face challenges, in the form of cost increases stemming from the U.S. trade investigation.

Large-scale ground-mount PV installations are particularly vulnerable to cost increases and potential disruption, as many have signed power purchase agreements at aggressive rates. Any increase in cost for the projects could mean renegotiation, delay, or even termination.

Despite the recent trade announcements, the total market demand and the size of the project pipeline continues to grow in the U.S., indicating sustained interest from project developers working in the market. The U.S. solar PV project pipeline is now approaching 50 GW of commercial and utility projects.

The U.S. project pipeline is led in large part by California, but Nevada, North Carolina, Arizona, and other states now also have multi-gigawatt project plans. There is also increasing interest from states that have not previously seen significant solar activity, such as Utah and Minnesota, but have recently realized project announcements for several hundred megawatts (MW) of new solar PV installations.

Location of Projects in the U.S. Pipeline with Chinese-sourced Modules

“Solar PV is rapidly becoming more cost-effective as a power generation source,” said Christine Beadle, analyst at NPD Solarbuzz. “Project developers are swiftly adapting to new market dynamics and are driving strong growth, especially in community and carport systems, but this growth may be interrupted if any external factors increase prices significantly.”

This article was originally published on Solarbuzz and was republisbhed with permission.