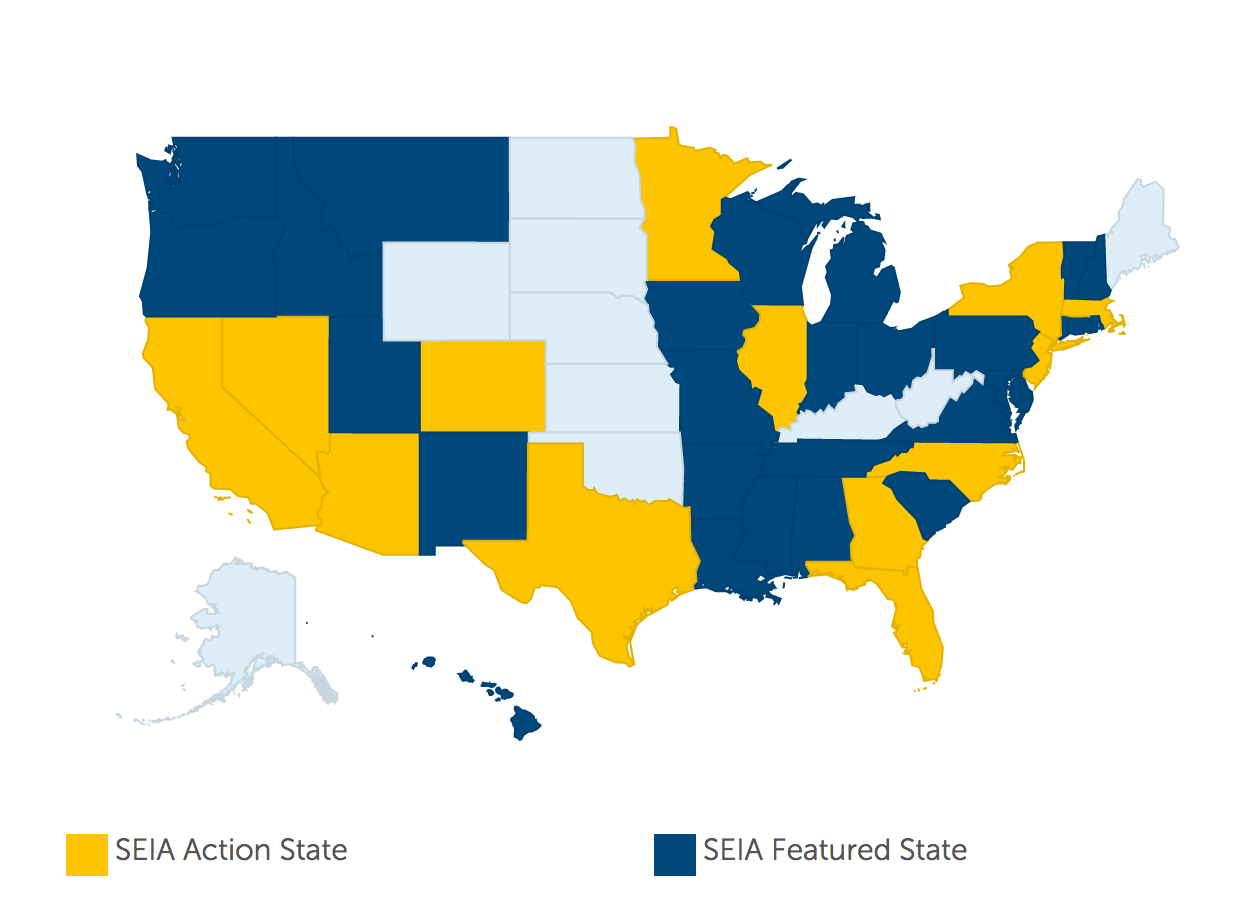 The new year marked big changes for U.S. solar and not just because the new President of the United States is less enthusiastic about renewable energy than the previous President was. No, in addition to that big change, Abby Hopper took the helm of the Solar Energy Industries Association (SEIA), bringing with her a fresh perspective on how to support growth of solar in the country. Her goals for the industry range from the top of heap – maintaining support at the federal level – and run all the way down the end-user of solar, the rooftop solar customer.

On the federal level, it’s all about the tax credit. Today U.S. solar project owners are entitled to a 30 percent tax credit on the total amount of their investment. That ITC (investment tax credit) steps down in 2020 to 26 percent and in 2021, it will go to 22 percent. After 2023, the residential tax credit goes to zero while the commercial and utility tax credit will drop to a permanent 10 percent.

While tax reform is something that the new administration has signaled it would like to review, Hopper said in an interview that she will work hard to defend it.

“We feel very strongly that the investment tax credit that we gained in 2015 needs to remain in place,” she said, adding, “we think there is a very rational step down already agreed to by both Republicans and Democrats and so we are hopeful that that will continue.”

Stateside, SEIA has set its sights on keeping positive growth in “several priority states,” said Hopper. The SEIA website has an interactive-infographic that lays out priorities for each of the “action states” and “featured states” (see lead image) on SEIA’s radar.

Hopper’s third priority is one that she said she feels strongly about. Hopper plans to work to make the solar workforce and customer base “reflect our country’s population,” she said, adding “so that we have Americans of all nationalities, of all races and both genders participating in our workforce.”

Not only has SEIA implemented the Solar Ready Vets program, the organization has also released a diversity guide for the solar industry. SEIA follows the guide itself.

Further, SEIA has created a women’s empowerment committee “that is looking at ways we can recruit, retain and promote women in the solar industry, all of which are important,” said Hopper. As studies have shown, companies that have women in leadership roles make more money.

Finally, on the customer side, Hopper wants to ensure that state funding to support community solar and solar for low and moderate income housing remains in place.

Overall Hopper simply wants to continue to do the great work that SEIA is already known for.

“This is an organization that has much to be proud of, a number of successes under its belt and so my job here is to continue that good work and amplify it.”