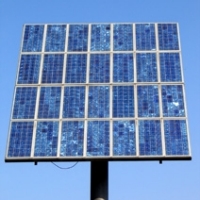 Rome, Italy The photovoltaic (PV) plant operator has about 150 MW of generation capacity, about 10% of Italy’s total, and its price will be from €620 to €670m, depending on which of its plants qualify for Italy’s 2010 feed-in tariffs, said Terna, the Italian national grid operator, which is selling RTR.

Italy’s generous 20-year solar feed-in tariff is set to fall next year, which has triggered a rush of activity to gain from the current incentives.

Terna, which set up and developed RTR, describes it as “the No.1 photovoltaic player in Italy and among the largest in Europe”. Rete Rinnovabile’s PV plants are across Italy, mainly in or near Terna substations, and most should qualify for the 2010 “Conto Energia” feed-in tariff, said Terna.

“We are very satisfied with the agreement. We have completed a transaction that will benefit Terna, the country and Italian electricity system,” said Flavio Cattaneo, Terna’s CEO.

“The new company, with about 150 MWp will almost at one blow add 10% to Italy’s current photovoltaic parks, enabling an annual saving of 135,000 tonnes of CO2 emissions.”

The deal, set to complete by March 2011, is Terra Firma’s third investment in renewable energy. A source close to the sale told the UK’s Financial Times that Terra Firma would aim to consolidate Italy’s solar power market by buying smaller rivals.