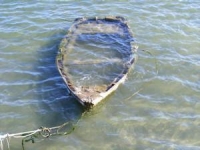 New Hampshire, USA — The past week has seen three more solar companies go belly-up, at both ends of the upstream and downstream side of the industry, all blamed at least partly on persistent global competition. Meanwhile, talks between Europe and China over solar trade issues might be getting closer to a resolution as the initial negotiating window starts to close.

On the downstream side, Conergy AG has filed for insolvency in the District Court of Hamburg. Conergy had managed “a strong increase” in both sales and shipments in the first quarter of 2013, and had planned to increase its large-scale solar project business to target global growth markets with both suppliers and strategic investors. But to do that would have required “a solid capital structure, in particular sufficient cash,” the company says. The last straw, according to the company, was an “unexpected delay in a payment resulting from a large-scale project” which has resulted in the “illiquidity” of company’s two mounting and module manufacturing sites. The company’s 800 workers in Germany will now receive state-funded “insolvency wages” for the next three months.

Investor negotiations have been ongoing for more than a year, and nine out of 10 creditors had approved of the latest proposal, but that wasn’t enough, according to company CEO Philip Comberg. “In the last fifteen months, we have presented two concrete concepts on the investment by investors to our lenders,” he stated. “We very much regret that they repeatedly could not reach a reliable agreement on a timely implementation of the proposal.” Reuters, citing four sources “familiar with the matter,” named EEA as the lone investor holdout, a “bad bank” which offloads “toxic assets” from a public lender. The same report indicated the last-gasp rescue centered on a proposed loan and reinvestment from U.S.-based Kawa Capital Management. Earlier reports had suggested Conergy was on the verge of being rescued by an Asian investor, following the path of other struggling solar industry companies.

The fate of Conergy’s international businesses is as yet undetermined. Just a few weeks ago Conergy Solar said it was installing projects at New Mexico schools, at grid parity.

Also in the downstream side of the business, Gehrlicher Solar AG reportedly has filed for insolvency in Munich. On Tuesday July 9  the company published its official confirmation, saying the move was “an immediate and direct response” to the abrupt cancellation of an €85 million in backing announced two months ago from a consortium of banks, said to be enough financing for the next two years. It also blamed the ongoing solar trade dispute with China, specifically the EU’s introduction of antidumping tariffs on Chinese modules, for deteriorating the European market. “Anti-dumping tariffs on modules do not help anyone, not even those who request them, because they destroy jobs throughout the whole PV value chain,” stated company COO and board member Richard von Hehn. “Federal Government and the European 2 Commission must take action and solve the issue at the political level before the summer break, otherwise further damage to the industry will result.”

Gehrlicher Group has about 250 employees, with 2011 sales of €323 million (roughly US $426 million at the time). Since 1994 the company says it has “developed, financed, constructed and operated over 350 MWp of projects in almost 20 countries.” Just this past week Gehrlicher completed three solar parks in Romania totaling 9 MWp, and is building two more roughly 300km away each sized at about 2.5 MWp. It claims its various other business units, including its U.S. division and its investment sister business Gehrlicher Solar Management GmbH, are not directly affected.

At the top of the solar PV value chain, Hawaii-based Hoku, which had gone back and forth for several years to open a proposed polysilicon plant in Idaho, apparently is the latest upstream manufacturing casualty, filing for Chapter 7 bankruptcy — typically the kind that leads to liquidation, not to restructuring and resurrection. The company, which posted 2012 revenues of just $12 million and just $1.6 million so far this year, reportedly owes up to $1 billion to dozens of creditors — including Pocatello itself, which bought the site and leased it back to the company for a song. Things got so bad last year that the plant couldn’t pay its electric bill, finally mothballing the Pocatello, Idaho plant and incurring the legal wrath of the plant’s contractors. (The local Pacific Business News has a neat timeline of the company’s rise and fall.)

The market for polysilicon looked vastly different in the mid-2000s than it does now, but even so the Hoku plant in Pocatello, Idaho, has been fraught with delays and cost overruns. And the polysilicon market has become pretty much ground zero for upstream cost pressures, with a raft of global competitors, already at scale, already suffering attrition and trying to throttle back if they can.

All this is seen as fallout from what continues to be a punishing competitive sector globally, one that has been particularly hard on European suppliers. Europe and China are currently trying to negotiate their way out of a trade dispute after the European Commission decided to impose antidumping duties; there’s a short window until August 6 for a lower rate of duties, after which they’ll leap up to almost 50 percent ahead of a final determination in December.

In the meantime both sides are rattling sabers in a broader trade context, with China issuing declarations against other quintessential European exports from wine to luxury cars to mobile telecom equipment; Europe’s looking at Chinese agglomerated stone products, and it’s already separately looking at Chinese steel products.

The latest reports on the EU-China solar front indicate some movement toward a resolution, though still far enough apart to fuel tension. The latest report suggests China would have an annual quota of 10 GW of solar PV panels sent to Europe priced at the cost of making them, roughly a minimum of €0.50/W (US $0.65/W), and anything over that would be subject to duties. Critics, though, suggest that still represents a vast majority of what Europe sources for PV panels so would be essentially ineffective to protecting domestic interests.

Michael Barker, senior analyst at Solarbuzz, thinks that all of the resolution will be behind the scenes and politically driven, with solar industry advocates and detractors weighing in as new information or rumors come forth. Right now both sides are “establishing negotiating positions” across a number of bilateral industries beyond just solar, he said. “It’s really between the governments at this point.”