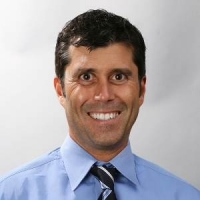 The photovoltaic (PV) industry underwent a major shift in 2009; module prices plummeted and a large inventory build-up occurred due to a lack of project financing. However, on further reflection, it is clear that some of the new market realities were to be expected even though they arrived somewhat prematurely. Here are a few of the important lessons the industry has learned this year:

Given the enormous projected growth of the PV market in the coming decades, it is clear that for long-term viability, the following factors are emerging as the fundamental for manufacturers to succeed:

A number of other secondary factors have become increasingly important such as the availability of raw materials and toxicity, but these are all in some sense wrapped up in the above three.

As the PV industry passes the grid parity milestone and gradually becomes self-sustaining (i.e., free of subsidies), it will inevitably become more and more commoditized in the classical sense. We have numerous examples from other industries of how this occurs and what it will mean to the participants.

The cost leader(s) and a handful of close followers stand to make money, the next group will hover around break-even and everyone else will lose money. This will set the stage for consolidation with perhaps some measure of protection afforded by regional interests and specialized or niche markets and applications.

The market for thin-film PV (TFPV) has the potential to grow 500 to 1000 times in the next 20-30 years and companies seeking to craft sustainable, long-term growth strategies should plan for this type of scale.

One planning method is to devise heavily leverage-based business models that opportunistically capitalize on pre-existing infrastructure and resources for growth. Other mature products and technologies have, at various stages of their development, confronted many of the challenges faced by TFPV and it behooves us to learn from their experiences and borrow from them wherever possible.

CIGS does, however, have well-publicized challenges associated with commercialization, primarily attributed to custom manufacturing equipment and the attainment of performance uniformity over large areas.

As we envision positive growth for the next phase of CIGS technology, how can our 2.0 approach lead to a more pragmatic, phased process that systematically addresses all these challenges, providing an attractive pathway to rapid product deployment at a very competitive cost? (Some projections call for cell production costs under $0.25/W beyond the 1GW capacity point.)

While the practical and aesthetic benefits of monolithic thin-film modules are readily apparent, they pose numerous challenges in today’s thin-film PV scenario. There is the serious issue of dealing with a plethora of non-standard product configurations and the inherent difficulty of fabricating large area panels in a cost-effective fashion.

Eighty-five percent of today’s addressable PV market is based on small-format crystalline silicon cells. One “path of least resistance” for CIGS manufacturers would be to fabricate cells that are drop-in replacements for conventional silicon cells and seamlessly exploit today’s substantial global module manufacturing capacity as well as the existing product delivery infrastructure. The latter are already in place and based on substantially standardized low cost platforms and technologies that will more than offset the additional cost of assembling the wafers into modules.

By going with smaller form factors, CIGS manufacturers can also leverage manufacturing technologies and platforms that have been field-proven in other highly demanding and competitive manufacturing applications. The optical disc and hard disc segments provide particularly relevant and meaningful guidance and opportunities in this regard. Both are based on highly complex precision-coated substrates that in many ways resemble some of the more popular thin-film PV configurations.

In fact, the optical disc and hard disc segments have conclusively demonstrated their capabilities as far as rapid scale-up, aggressive cost reduction and continuous technological progress are concerned. By adopting these manufacturing platforms, CIGS 2.0 avoids the fatal pitfalls of customized equipment and can attain best-in-class capital utilization efficiencies while also leveraging an enormous global resource, support and supplier infrastructure.

In the hard disc industry, sputter deposition was the single most important factor that resulted in a Moore’s law type increase in storage density. A rapid atomic-layer-wise device construction process that allows for an extreme level of chemical and micro-structural control, sputter deposition helped the industry surpass all apparent theoretical storage density thresholds. Sputter deposition holds the potential to be the workhorse of CIGS 2.0, enabling it to accelerate the rate of efficiency improvement, very much like it did for the hard disc industry. As it continues to advance through nano-engineering, sputter deposition will eventually permit the achievement of efficiencies comparable with those of crystalline silicon.

Although efficiency parity is not required for CIGS 2.0 to be a more cost-effective solution for the bulk of applications today, parity will allow CIGS 2.0 to displace crystalline-silicon in applications where space is at a premium. We look forward to the time when CIGS 2.0 will be at the inflection point of achieving market dominance.

Dr. Michael Bartholomeusz is CEO of AQT.  He has served in various capacities as a global technology and business executive for more than 15 years, having gained significant experience growing businesses organically and through strategic joint ventures and acquisitions. Michael brings critical domain expertise in the areas of raw material and complex alloy target design, manufacturing and sourcing. Michael holds a PhD in Materials Engineering from University of Virginia.

[To watch an interview with Michael Bartholomeusz, please play the video below.]