More
Home Solar Thin-film and Organic PV on the Rise 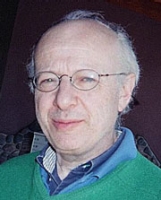 The combination of better materials, the evolution of thin-film transistor technology, and new production methods is establishing thin-film and organic photovoltaics as a hot area for investment. Recent market forecast and analysis carried out by my firm NanoMarkets LC, indicates that revenues from PV modules that use materials such as thin-film amorphous silicon, CIS/CIGS, cadmium telluride, small molecules, polymers or organic dyes will reach $2.3 billion by 2011. Meanwhile, at least one thin-film PV firm is already attempting to raise investment valued in the hundreds of millions of dollars and all this activity may have finally refuted the old complaint against the PV industry that it does not invest enough in R&D.