More
Home Blogs The SunShot Program: Will the Investment Pay Off for the U.S.? 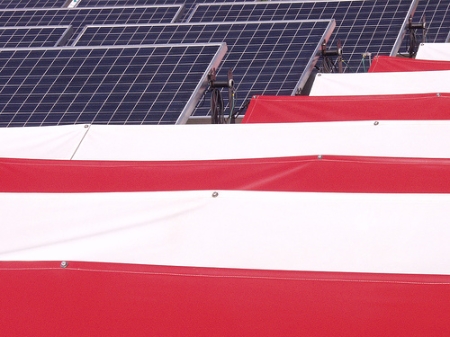 I have mixed emotions about the Department of Energy’s SunShot program, which will re-direct the department’s funding toward support of promising new technologies with the aim of achieving cost-parity in utility-scale power generation by 2020.

The program, designed to fund companies that will help bring the installed cost of solar down 75%, was announced last week.

On the one hand money is good. Focus is good. Having the government’s money focused on a useful goal is good. The government’s fact sheet on the program notes we have already put $1 billion into solar research over the last decade. The $27 million in added funding called for in the new plan appears to be small.

On the other hand, should government be picking winners and losers, especially with technologies? (After all, we’ve seen some high-profile government investments in Solyndra and Evergreen fall through). Isn’t there a lot of venture money already going into this space?

What’s actually happening is implied in the Sputnik Moment phrase but never explicitly stated, so I’m going to state it.

This is about nationalism.

Breakthroughs are going to happen. Many are going to happen at American labs, and be funded by American companies, because we’re still able to attract the best and brightest from around the world. (China may have more engineers than us, but we have most of China’s best.)

The question is what happens after the breakthroughs appear. In the normal cost of business most of the production would be moved overseas, because costs are lower in China – much lower. The Administration doesn’t want that to happen.

When Uncle Sam is your venture capitalist there are going to be expectations. But will companies hold to those expecations? Clearly, Evergreen Solar did not.

Competition is a good thing. Economic competition between nations is a game everyone can win. But with China continuing to subsidize its currency, and American companies gladly sending production of almost everything overseas, the question of how these investments will pay off for the U.S. is still unanswered.

What do you think?