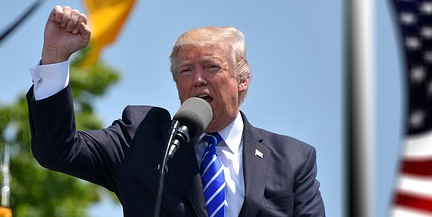 Not much new surfaced at today’s public hearing on the Section 201 trade case. Rather it was a reaffirmation by both sides of what they had previously stated in the two public hearings at the International Trade Commission.

The hearings started off with Governor McMaster of South Carolina and Senator Heinrich of New Mexico testifying against the imposition of any tariffs. There were no elected officials testifying on behalf of Suniva/Solar World.

Witnesses testified in front of a panel chaired by Will Martin of the Office of the U.S. Trade Representative (USTR). Other persons on the panel represented cabinet level agencies including the departments of Commerce, Treasury, State, Labor and DOE, as well as Council of Economic Advisors. Witnesses supporting both the Suniva/Solar World camp and the “greater solar industry” (led by SEIA) essentially reiterated positions taken in the previous hearings at the International Trade Commission.

One new element was that Suniva/SolarWorld witnesses testified that the ITC recommendations did not go far enough. Matt Card, former SVP of Suniva, wants the President to implement the sanctions originally requested by Suniva/SolarWorld. Presumably, those are the sanctions that would result in a $0.78/Watt module price. In addition to the original tariffs, witnesses also called for binding quotas on the number of modules that could be imported annually. The tariff proponents also called on the President to include tariffs and quantity restrictions on Canadian modules—despite the NAFTA agreements.

When the panel questioned Suniva/Solar World about the need for only very modest reductions in the tariffs over the four-year term, they cited the need for four years in order to attract new investment to their companies. When one panel member pointed out that this could likely trigger “eye popping” retaliatory sanctions after year three by the World Trade Organization (WTO) they reiterated their need for four years of high tariffs.

One bit of testimony that I found to be ironic was Frank Yang testifying that now bankrupt Stion’s production capacity at its Mississippi manufacturing plant was 150 MW – “1/50th the size of large plants in China.” Stion’s production facility employed about 80 production employees. At a 1,000 MW (1 Gigawatt) production level, Stion would require 400 production workers. The Suniva/Solar World camp is envisioning six 1 GW plants in operation in the U.S. in four years – assuming their projections are correct. Moreover, these six plants would not equal the capacity of one Chinese manufacturing facility that is 50 times the size of Stion’s plant – 7.5 GW.

The irony here is that four years down the road Suniva/Solar World’s best case is 2,400 new solar production jobs — if all goes well. Compare this against the 39,000 American solar manufacturing jobs (and 80,000 total U.S. jobs) that the Suniva/Solar World are putting at risk today.

I hope that President Trump sees this trade case for what is really is—a blatant attempt by two bankrupt foreign firms to subvert American trade law to bail out their foreign investors from bad business decisions.