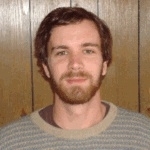 In a time when we have confronted our opponents and soundly defeated their arguments against updating our country’s infrastructure with the large scale adoption of renewable energies, consistency must be at the foundation of our long term, comprehensive plan if we are to realize our goal of a sustainable future.

We’ve seen it time and time again. There was the boom and bust of solar thermal in the 70’s culminating in Reagan pulling panels off the White house. In recent years the PV explosion and implosion of sorts in Oregon, New Jersey and Colorado have brought businesses to a screeching halt.

In many states, there seems to be the absence of a clear, long-term plan to help create a foundation for growing businesses to gain a foothold and renewable energy to become mainstream.

It is with great regret that I feel we will be adding Connecticut to the list of states where the solar industry has fallen flat due to inadequate leadership.

Connecticut’s rebate program attracted solar companies from all over the country who were looking to make a new home in the state paying the highest electric rates in the lower 48. The rate-payer funded program, known as the Connecticut Clean Energy Fund (CCEF), was set up by state legislation and initially launched with some of the highest rebates, per watt, in the world.

With the state picking up nearly 50% of the tab for PV projects, homeowners were seeing payback periods of 8-12 years and businesses less than 6 years.

Homeowners were putting up PV systems at a staggering pace. Businesses saw PV installs as a solid investment. We all wiped our brows with relief at the silver lining in the financial bailout as the ITC was extended and we were energized by the removal of the US $2,000 cap on residential projects. We now had more tools than ever before to sell a PV system.

With the 8-year extension of benefits and full 30% ITC on out-of-pocket costs for homeowners, an unparalleled rebate program and the sale of small amounts of RECs, we started to see payback periods of 6-8 years on residential projects and less than 4 years on large scale commercial projects! It seemed like we were really going to see a meaningful shift in our energy infrastructure and we were elated to have Connecticut at the forefront of this momentous challenge.

Then the bottom dropped out when the CCEF announced the launch of its Solar Lease program. With the reallocation (or misallocation) of US $38+ million dollars to fund the Solar Lease Program, the rebate program that had been so successful was just about wiped-out. The CCEF, which is overseen by the CT DPUC, had reallocated almost the entirety of the funds available for residential PV projects to the Solar Lease Program.

A few weeks after the passage of the ITC extensions, the CCEF reduced its rebate rates to “rebalance” job costs and maintain the status quo of paybacks. Just after that, came the announcement that the funds for residential projects were exhausted and on November 19th the CCEF announced that it was no longer accepting applications for rebates on residential PV projects. It instructed installers to direct all efforts towards utilizing the Solar Lease Program, which thus far had “…only a very small amount of funding committed.”

Companies with signed deals were now left “holding the bag” without any recourse except to try and renegotiate with unhappy customers or refund money that was put down as a deposit.

With hardly any flexibility in this transition period, it now appears that smaller companies are going to find it near impossible to recover.

The Solar Lease Program is well intentioned. It attempts to address the issue that renewables are only for the rich. To qualify for the solar lease program you have to make less than 200% of the annual median income for your area. It is important to note that an “area” is defined by the leasing group and lumps towns at each end of the economic spectrum together in some situations, making it much harder for individuals in the higher tax brackets to even qualify for a lease.

This program was the CCEF’s way to help those that were looking for assistance in financing a PV system and I encourage discussion regarding this issue. However there are numerous problems with the lease program that will stand in the way of consumers installing solar even during good economic times.

It is important to first note that CT Solar Leasing, LLC is a specialty leasing company that is the brainchild of the CCEF and its parent company, CT Innovations, in partnership with the AFC First Financial Corporation, Gemstone Lease Management LLC and US Bancorp. It is also important to note that CT Innovations and the CCEF’s stated intention is to “promote, develop and invest in clean energy sources for sustainable energy for the benefit of Connecticut,” however AFC Financial and Gemstone Lease Management LLC are Pennsylvania companies and US Bancorp is multinational.

The rebate program is funded by CL&P (Connecticut Light and Power) and UI (United Illuminating Company) ratepayers in CT and is supposed to benefit CT. But the CCEF, which was set up as a governing entity to control the allocation of our money, has now contracted with a private bank that will make money on our money by lending us our own money. What’s more, CT money has been diverted into a relationship with financing companies in PA, circumventing the stated intentions of CT Innovations.

How could our money be given to a non-Connecticut-based financing company when it is supposed to be used directly to support CT? Why is the CCEF allowed to use US $38+ million dollars of the $40+ million dollars allocated in the budget for the residential and small system renewable program for this solar lease program when it was only supposed to take up less than a quarter of the total projected allocations for goal number 1 of their plan for FY 2009-2010?

While I admit that many of my clients in the past have been people with disposable income; there were still avenues for those who could not shoulder the upfront cost of a PV system to follow. Taking out equity on a home’s value, a private loan or a loan from CHIF (Connecticut Housing Investment Fund) are just three that I can name off the top of my head.

The point is that while it may take some creative thinking, those that wanted a system were not locked out due to upfront costs. So why invest so much of CT’s resources into a program that excludes certain individuals that have paid into the rebate program at an equal share as everyone else?

Already the solar lease program seems to be built on uneven ground and we have just scratched the surface. Getting into the program structure raises more questions.

First, even those that are qualified for a lease are not necessarily approved. An integrator I know lined up 20 potential clients for the solar lease program. Of the 20 interested parties, only 2 were qualified, and after weeks of work put into those deals, both were rejected just prior to signing due to their credit.

Second, the structure of the program and the lease terms are also of concern. In the past, CT integrators strived for simplicity, requiring very little work from the homeowner. The CT Solar Lease program requires homeowners to apply for the lease themselves and stipulates that the homeowner must meet with an administrator to sign papers. During the term of the lease, although all equipment is owned by CT Solar Leasing, but the homeowner is responsible for all maintenance issues and expenditures associated with the operation of the system.

Qualified homeowners get a 15-year lease at a locked in interest rate of 5.5%. (While this is a fairly good interest rate, in most cases the lease payments will be more than the utility bills of the otherwise offset electricity.) At the end of the lease, homeowners can extend it for 5 years or buy the system at a pro-rated “fair market value.” But this raises another question that is not answered on the website. What is fair market value? While the homeowner had been paying lease payments on the net cost of the system (after rebate), the fair market value could be the full value of the system, thus inflating the price of the buyout.

In addition to that, whereas in some cases installing solar on your home could improve its value, if you add PV with the solar lease program, you are not passing an asset to the new homeowners but rather a liability. The prospective buyers will have to agree to the lease terms and have to have a qualified credit score in order to have the lease transferred to them or the current homeowner will have to break their contract with CT Solar Lease and remove the system at their own expense. And there is no clear indication on the website as to whether there is an early termination fee associated with breaking the contract to remove the system if a new homeowner either does not meet the credit qualifications or does not want to accept responsibility of the lease.

With a complete collapse of our financial institutions all but imminent, thousands of people losing their homes and retirement savings as housing markets nationwide see their biggest drop on record, hundreds of billions of dollars in government bailouts for corporate interests and unemployment rates reaching the levels of the great depression, is it really wise to encourage more borrowing, and as a consequence squeezing small businesses?

Shouldn’t we be going the other way?

Encouraging the prolific installation of as much solar as possible will not only help the environment but also help offset some of the CT jobs that have been lost in recent months.

Haven’t we learned our lesson yet?

Erik Anderson is a native of Norwalk CT who earned a B.S. in Conservation Biology from the University of Rhode Island. Erik has worked for the CT DEP and got his start in the renewable field as a Photovoltaic system installer over one year ago. Erik has worked on every aspect of renewable projects, from initial site surveys and system designs to coordinating and installing systems.