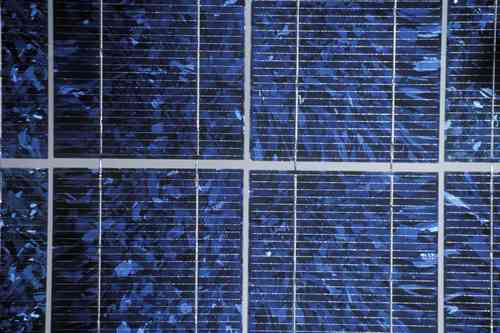 One key method of increasing solar adoption and deployment across the world is to focus on reducing the soft costs — those fees, red tape, and other bureaucratic inefficiencies that make it difficult for customers to actually get solar power installed. But a grant awarded this week at Solar Power International (SPI) seeks to start to chip away at those problems.

The Solar Foundation (TSF) announced that it was awarded a three-year $10.3 million grant during SPI as part of a larger U.S. Department of Energy SunShot Initiative funding announcement that was made by Vice President Joe Biden during the show.

With the money, which significantly boosts TSF’s budget and staff, the organization will work to designate 300 “solar friendly” communities across the country. According to Andrea Luecke, President and Executive Director of TSF, the grant will enable the organization to help 300 or more cities and counties “make progress and meet criteria so that they can achieve recognition to be considered a solar friendly city or an open-for-business solar city,” which could lead to increased manufacturing, installation operations or other local solar businesses being located there.

“Local governments are uniquely positioned to take action to make solar more affordable in their jurisdictions and to unlock the economic development benefits associated with increased solar deployment,” she said.

TSF has not selected any of the 300 yet but Luecke said that there are some likely targets such as all 25 of the original Solar America cities, designated as such in 2008 through a grant from the DOE. Previously Luecke was involved with running the city of Milwaukee’s Solar America Cities program. “I had a $3 million budget and worked to create one of the first PACE [property assessed clean energy] programs in the country,” she said, adding that she also helped the city procurement office write several solar RFPs, (“they had no idea how to do it”) and streamlined permitting, created a solar hot water business association, worked with local utility, We Energies, to create solar programs and more. “We did all of these great things and Solar America Cities was so successful,” she said. “This funding opportunity was written basically to re-vitalize it.”

In addition to those original Solar America cities, Luecke’s team will be looking at the cities whose mayors have signed the Mayors Climate Pact; California cities because the state passed a bill in 2014 that mandates streamlined permitting and many more across the country.

Communities pursuing designation will receive technical assistance from the TSF team aimed at supporting the staff who will lead local efforts to improve or streamline policies and processes, develop solar programs, and otherwise qualify their communities for designation.

Together, the team will provide technical assistance to local governments both directly and through a national program to select and place highly-qualified fellows in local governments. Fellows will provide expertise in making recommendations for policy and process improvements and temporary staff support for ensuring these solutions are fully and properly implemented. Upon selection, fellows will attend a week-long training, orientation, and networking event, followed by their deployment to communities, where each will perform a baseline assessment of the policies and processes affecting soft costs locally and devise actionable plans for qualifying the community for designation. Each fellow will be provided with competitive stipends over the four to six months of their appointment.

“The fellows are a core component of our strategy for delivering expert guidance,” said Philip Haddix, the TSF Program Director. “Through their participation, fellows will receive an unparalleled opportunity to gain hands-on experience in local solar issues and become the next generation of solar policy and market leaders.”