More
Home Solar Community Solar The Shifting Role of the Solar EPC and How the Solar Trade... 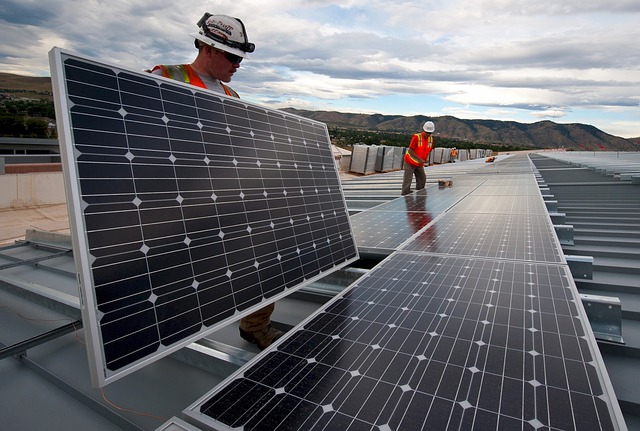 Just five years ago, solar engineering, procurement and construction companies (EPCs) were willing to be a lot more flexible when signing contracts to build solar projects than they are today.  According to Robert Lydan, CEO and Managing Director at Phoventus, it’s about who takes on the majority of project risk. It used to fall on the shoulders of the EPCs but today they are increasingly risk-averse.

“The EPC business has grown from a market where clients were able to acquire EPC service with really extensive wraps around the liabilities and energy production estimates and all of the variables of the project,” he explained in an interview.

“I’ve seen a very significant degradation of that.”

Lydan said that five years ago in an effort to build markeshare in what all EPCs understood to be a growing solar market, EPCs were willing to take on a much higher level or project liability.

“There was a time during which people’s desire to penetrate into a new market meant that they would do extraordinary things to do so,” he said.

Today, Lydan sees the solar EPC space as similar to other construction market.

“It’s very similar to the terms and conditions that you would find in any type of construction project.”

Lydan pointed to change rights as an example of area that has shifted in favor of the EPC. In the past, they were willing to take on projects with limited change rights but “today EPC contractors have full change rights,” he said.

The offtaker has also shifted. In the past, developers would only be able secure financing for projects that had signed PPAs (power purchase agreements) with utilities, municipalities or other highly credit-worthy entities. Today Lydan said he’s seeing a lot more synthetic PPAs “that are built up out of either SRECs or community solar payments or else other types of revenue such as grid services.”

Developers themselves are taking up the slack.

“Because the market is so hungry for solar projects you see an acceptance of these types of PPAs and you see the developers taking on more construction liability and having to allow for more contingency when doing construction,” he explained.

Lydan was clear that the looming potential solar tariffs would be a death knoll for the solar industry should the International Trade Commission in the U.S. rule in favor of the plaintiffs Suniva and SolarWorld.

“I’m nervous,” he said, recalling a time when he worked in a raw material industry.

“I saw the entire magnesium industry get turned on its head because one factory with 45 guys in it filed a trade case, he said, adding, “there is precedent for getting a negative ruling.”

He worries that solar module prices at US $0.33 — prices that the industry is counting on — will become a thing of the past.

“Look if you have modules going for 72 cents you would have a cataclysmic event because developers have entered into projects that require modules to be at the prices they are now and so they would have to abandon those projects,” he said.

Phoventus will be exhibiting at next week’s Solar Power International in Las Vegas Nevada.