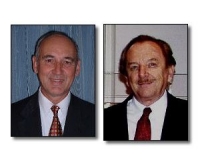 Homeland security, a common term since the terrorist attacks of September 11, 2001, reaches across many boundaries. The major and unexpected power blackout which hit the East Coast of the USA and part of Canada on August 14, 2003 represents another dimension to homeland security: the security of people against the instability of the intricate electric power distribution system. The blackout was a clear demonstration for the value of distributed electric power generation for security. What a difference it would have made if key traffic lights and even some of the streetlights were solar powered. What a difference if the area cell sites had had solar electric backup power. This blackout should be a wake-up call for the government as well as for the photovoltaics (PV) Industry to focus on the security PV market (SPV).