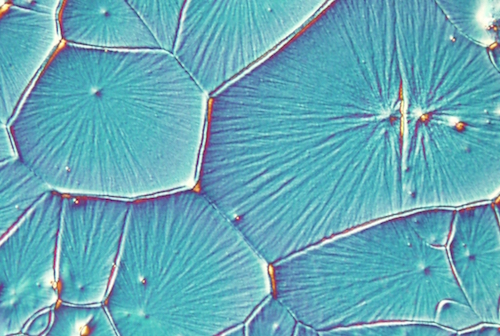 Scientists just got one step closer to the next generation of solar panels. Today’s solar panels convert sunlight to electricity using silicon crystal chemistry. Future solar panels might rely on perovskite, a promising material that has the potential to make panels cheaper, simpler, and more efficient. Scientists just need to tweak perovskite to maintain its light-absorbing capabilities for longer periods, and researchers at Los Alamos National Laboratory may have found a way.

The problem is that perovskite solar cells have the pesky tendency to degrade in sunlight. However, a new study has found both the cause and a solution for this issue, a research breakthrough potentially removing one roadblock to commercialization for this promising technology. In a key finding, researchers at Los Alamos National Laboratory, one of the Department of Energy’s 17 National Labs, have found those degraded devices exhibit self-healing powers when given a little time in the dark.

The team determined that photo-degradation in perovskite cells is a purely electronic process. An electric charge accumulates in the photovoltaic solar cell, but doesn’t cause chemical damage to the crystal structure. That means if you can reduce the charge, the solar cells can be just about as efficient as before. The trick is simply allowing the perovskite cells time in the dark and cooler temperatures for their self-healing powers to work.

Perovskite solar panels aren’t yet ready for rooftops across America, but this development helps researchers tackle one of the biggest hurdles on the way.

This article was originally published by the U.S. Department of Energy in the public domain. A version of this story was published previously by Los Alamos National Laboratory.