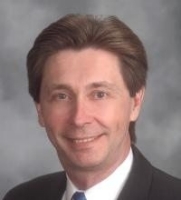 We all know solar energy is in. Not only is it “in,” it’s two steps and a jump from being “required.”

We all know solar energy is the most dependable energy source we have and it’s free.

We all know that our days on fossil-based and carbon-based fuels are coming to a very abrupt end and very quickly. Though it is just now gaining momentum in the United States, Europe has converted on a large scale. Germany alone has developed and put in place enough solar-generating systems to equal two nuclear plants.

With all that said, why is it we keep focusing on the use of solar energy that is the least efficient, most expensive and most difficult to maintain?

What do you think of when you think about solar energy? I’d bet a nice lunch that most of you think about electricity, solar photovoltaic panels and having your electric meter spinning backwards.

Would it surprise you to know that solar thermal (hot water generation) has a much faster financial breakeven and payback? Did you know it can be effectively used across the continental U.S.? Would it be of interest to you if the time needed for solar collection each day only required approximately four hours and had little-to-no issues due to shading, shadowing or low-light conditions?

If so, how about the idea that your cost for a solar thermal system can be as low as one third that of a photovoltaic system and very, very possibly last twice as long?

Solar thermal has, for some unknown reason, taken on the namesake of the unnoticed sibling of the renewable energy industry. This is a strange development due to all the positives that are inherent to the science.

So, if that’s the case, why has solar thermal been lingering in the background unnoticed?

In part, I believe it’s because there has been little support for it from the legislative communities, both on the federal and the state level. Since photovoltaics deal with units of energy such as kilowatt hours (kWh) and the meters are already in place (though they usually have to be replaced when photovoltaic systems that connect to the power or utility grid are installed), there is an easy way to measure and account for the energy that is collected and the electricity used as well as sold back to the utilities.

For solar thermal, the most reliable measure for performance has simply been the comparing of utility bills month-for-month, year-by-year. This is just not good enough. This makes it very difficult for legislators to draft legislation that helps promote our energy savings, environmental improvements and reduced costs; all because they haven’t been provided with easy to understand standards by which solar thermal can be rewarded and benefited. In other words, those of us in the business have not yet provided them the model of measurement they need.

We know we are off-setting the use of electricity, natural gas or propane, for the most part. What we need is a way to meter the amount of energy we are off-setting. That can be done by simply measuring (1) the amount of hot water brought into the system from the solar collectors, (2) the temperature of that hot water used and (3) the temperature of the input water. This should not be a difficult thing, given today’s availability of digital technology in the form of circuit board devices. Jeez, we have multiple mini-computers in our cars and processors in our kitchen appliances; designing a device of this simplicity should not be difficult. They could already be available.

What I am calling for is the institution of two changes to the way we are currently approaching solar thermal adoption: (a) mandatory installation of metering systems into each solar thermal system that performs the aforementioned data collection so calculations can be made and are readily available; and (b) inclusion of solar thermal Renewable Energy Payments (also known as “Feed-In Tariffs”) in all new legislation drafted.

The first step is easily embraced. We simply add such devices into the installations, write the algorithms necessary and determine the equality values for the energy sources and results. The latter step is going to take more effort. We need to educate and then ask for the support of our legislators. Each of us must take the responsibility to do so. Believe me when I say, it is not that difficult. An email or a telephone call, each takes a couple of minutes. I do it all the time and I have to say, I strongly believe, for the most part legislators want to hear from you. If you want to email them this article, fine with me. If it’s easier, simply point them to the article on my website. However you do it, please, please do it!

I’m currently working with legislators in a number of states regarding renewable energy payments. I can’t speak for them, but I can say from my experience, they welcome the input. It is how they learn about and get a more informed perspective about the issues important to their communities. If you don’t contact them, you’ve not fulfilled your responsibilities to your business.

We know solar is one, if not the leading, renewable energy for easy implementation for the greatest number of people and the greatest good. We also know it works. Why not move all the available technologies forward, not just the most exciting?

Richard Carter authors the site www.greenenegycafe.com, provides training seminars on starting renewable energy businesses and works with legislators in various states on RE payments legislation. He holds a BA in Entrepreneurial Business Development and is currently developing a commercial-scale solar energy business in Minneapolis, MN.