This arrangement is facilitated either through a long-term agreement or through a joint venture. However, Qu observes: “I think that agreement is important but it is more important to find a company that will share your vision but with a different focus. For example, for a good wafer partner we need to find somebody who will focus on wafer and also have a lot of strength in polysilicon and wafer so they match our emphasis on the downstream.”

Currently, the company’s 10,000 employees produce up to 1,100 tons of silicon ingots and 200 MW of wafers. The company’s internal cell and module capacities are expected to reach 1,300 MW and 2,000 MW, respectively, during the third quarter of 2011. Headquartered in Kitchener, Ontario, the bulk of the company’s manufacturing takes place at eight wholly-owned manufacturing subsidiaries in Canada and China.

Qu goes on to outline the core markets for the company’s products: “We deliver through several channels. The first channel is the distributors. We have strong distributors in the key markets which distribute and promote the Canadian Solar brand name product, that’s one,” he says, adding: “We also sell directly to system integrators and project developers, and we also provide the system integration and EPC services in certain particular markets.” He expands by noting: “The solar market is very diversified. Typically you will see three types of market: the residential rooftop, the commercial rooftop and also the large utility-scale project. Now, for the commercial rooftop projects we typically work directly with the system integrators and then on large utility projects we work a lot with the key project developers and EPC companies.” He adds: “We split our distribution roughly a third each, between retail, commercial rooftop and utility-scale.”

Reflecting this, the company develops an individual sales model for each particular market it serves. Qu says: “For example, the Italian market is dominated by the utility-scale project of around 1 MW each, but the Japanese market is very much a residential rooftop market. Over 90 percent of the solar market in Japan is residential rooftop systems. Germany is a very balanced market, you have all three types.”

With several hundred megawatts of its modules operational in utility-scale installations, Qu highlights another key aspect of the company’s strategy for market entry, saying: “We’ve been growing in North America so that would be our focus for this and next year.” However, alongside its focus on key regions such as North America, China, Germany, Italy and Japan, the group is expending considerable energy establishing itself in emerging markets.

Indeed, the recent signing of a 33-MW supply agreement in India signals the company’s long-sought-after entry into another key global market. Qu noted: “The Indian market is very interesting, but it is also a difficult market. We started to work with our Indian partners five, six years ago and I’m glad we finally see these efforts come to fruition.” He added that the “India market, so far, is a utility-scale solar market and the government provided the feed-in tariff for they have a target of solar installation. We also happen to have a strong track record in utility-scale projects — for example, handling a couple of utility-scale projects in Canada. So with that track record we become a perfect solution for the Indian customer.”

Establishing the arrangement with the Indu Group-backed Cirus Solar Systems Private Limited, a solar EPC company based in Hyderabad, the modules are to be utilised for projects on behalf of two prominent Indian conglomerates. Including a single large 20-MW plant as well as two smaller 8-MW and 5-MW plants coming up in the government sponsored solar park in Gujarat, India, the projects are expected to be completed by December 2011. 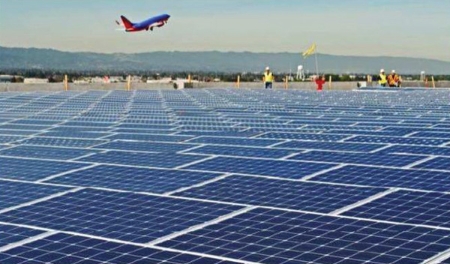 While acknowledging that the vast majority of its sales are simply a case of the products disappearing at the company gate never to be seen again — “You only see people if your products have problems, and ours don’t have problems,” observes Qu — in some cases the company works far more closely with the end user, to the point of offering an EPC contractor service. “We provide total EPC solution if required,’ says Qu. ‘Some markets are well developed and our partners know how to do EPC projects, so then we have no problems just supplying the solar module, for example in Germany. But in some markets, for example Canada, the market was new so there’s no tier-one module maker, or tier-one EPC provider, so we pick up the EPC total solution provider role. And customers like it. Our responsibility is to enable solar business.” Although so far limited to a number of projects in Canada, Qu is optimistic for the future, saying: “The EPC team needs a strong engineering team, strong project leaders and to understand how to interact with utilities, so its not an easy business and we want to do it right.” He added: “We already have strong capability in North America so that’s what we will do and then gradually expand in other parts of the world.”

A Manufacturer with Virtual Capacity Growth

A look at the company’s roster of sales contracts over the course of 2011 suggests this additional capacity will indeed find a market.