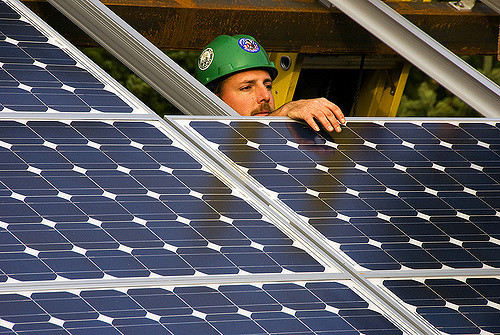 The political season is in full swing with all the associated campaign promises coming from both sides of the aisle as candidates vie for support — claims of putting the power of the federal government behind making the U.S. a clean energy superpower and claims of both revitalizing the coal industry and supporting renewable energy measures.

The U.S. federal investment tax credit for solar systems has been extended and some states have additional tax credits and initiatives to help support widespread adoption of clean energy. In some states, requirements for clean energy use have been mandated.

But all of that discussion misses a key point — one that will play into everything that happens whether it remains unacknowledged or is embraced. It is economics, and only economics that will drive adoption of sustainable initiatives. No other method is…sustainable.

Let me illustrate — I spent most of my career in private equity. Some of the businesses that we acquired were underperforming but had potential. Our job was to create conditions where that business would thrive. There can be complicated elements to each of these kinds of acquisitions, but the underlying factor is always the economics of the business. Is there a market? Is there an infrastructure to support that market? Is the value proposition right? Marketing issues and operations can all be adjusted if the baseline economics are strong.

This is true of the solar market as well, even though it may seem to have unfolded slowly over the course of several years. Initially, third-party ownership options in residential and commercial solar integration helped to fuel a rapidly increasing rate of solar adoption. That approach accomplished some good things for the market, creating an infrastructure and an awareness of solar power that may not have developed otherwise.

Unfortunately, despite the increased rate of adoption and steadily falling costs of solar manufacture and installation, the third-party ownership business model is not sustainable for several reasons. The first reason is simply that someone can always find a better financing rate than the rate that is implicit in a solar lease.

Additionally, where a customer purchasing a solar system can examine and weigh the cost of a system upfront, many costs are buried in the terms of a solar lease. One of the most common fees built into a solar lease is an escalator clause that increases a customer’s cost over time.

The final factor inhibiting the sustainability of third-party ownership relates to home value. There is considerable evidence that customers who purchase and own their solar system increase the value of their home. That is in contrast to qualitative data that seems to indicate solar leased systems fail to impact home value and in some cases even negatively impact the marketability of a home.

So in the end, the economics of the third-party ownership model have not been sustainable, and we are beginning to see that play out in the marketplace with industry giants crumbling under the pressure of trying to become profitable and many already having declared bankruptcy.

There is already evidence of that model changing, which validates how important this discussion is. When the industry economics are right, solar will be a candidate for wide adoption. That model, which we believe will drive greater adoption, is to encourage customer ownership — so that the customer can have control. Leases and power purchase agreements are already declining as a percentage of total solar sales, as companies and customers recognize the change that will drive the future of the industry.

Right now, solar adoption in the U.S. is lower than 2 percent. As the industry changes the model so the right economics are in place, I believe solar adoption will accelerate at a rate of as much as 20-30 percent, which will begin the process of the U.S. leading the world in solar.