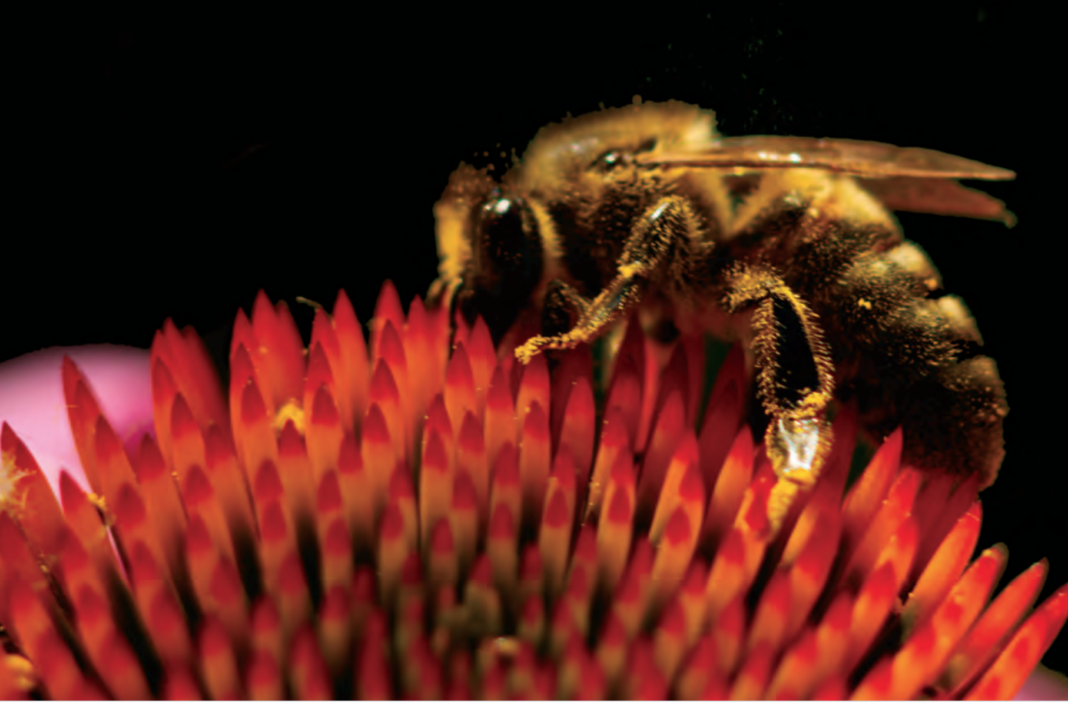 Pollinators play a critical role in the production of food and seeds. Approximately one quarter of agricultural production in the United States depends upon pollinators, predominantly bees. Since 2006, bee population tracking has recorded declines of 30 percent annually. Loss of habitat is one reason the number of pollinators has decreased.

Many states have incentives or other programs designed to promote the deployment of solar photovoltaics (PV) to meet climate or clean energy goals. But where fields are cleared for large solar PV projects to be installed, it can be at the expense of pollinators, which depend on vegetation for habitat and food. Ground-mounted solar PV arrays can have a significant impact on pollinators, because ground-mounted systems are deployed directly into the soil, which can disturb pollinator habitat.

To reduce maintenance, the area under and around these solar arrays is often stripped of vegetation that is then replaced with gravel and turf grass and treated with herbicides. With a different treatment regime, if this land is instead cultivated with appropriate vegetation, pollinator habitat can be preserved or created.

Several studies have shown that in areas where pollinator-friendly solar PV projects are deployed near agricultural lands that depend on pollinators, agricultural production may be intensified. Retaining the topsoil on a pollinator-friendly solar site is not as costly as removing it. The native vegetation that is planted under solar arrays is less maintenance-intensive than turf grass or gravel alternatives. When vegetation is planted under solar panels, it can absorb heat, lowering the temperature of the surrounding panels and increasing panel efficiency—resulting in more electricity production.

Increasingly, states are promoting pollinator-friendly solar through legislative initiatives. In the last six years, seven states have passed legislation that allows solar projects to claim they are pollinator friendly, starting with Minnesota in 2013. These pollinator-friendly initiatives are outlined in State Pollinator-Friendly Solar Initiatives, a new CESA report. Read the report here.