LONDON — Leading figures in the UK’s renewables sector share their views on the impact of feed-in tariff cuts for the UK’s solar industry.

The UK’s FiT rate announcement will bring an air of relief to the industry. The news will help to relieve the anger at the recently announced rate reductions and the previously suggested energy efficiency requirements.

The government’s response is less negative than many feared. Recent reductions in module prices still have some way to go before being fully reflected through to consumer prices.

More regular reviews of the rate, far from introducing more market uncertainty, could actually create a more stable and sustainable marketplace in the UK, and match models being introduced in many European countries for the same reasons. 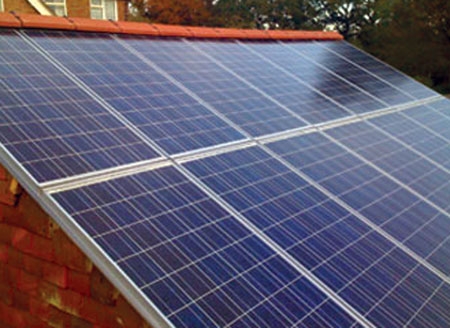 The UK market was damaged by the cuts announced last October, but even before the appeal court ruling, it was showing signs of recovery. The publication of this consultation response should help to cement that recovery.

It is clear that this is a serious attempt to put in place a more sustainable scheme for the future, so let’s hope the government has achieved that objective with these latest changes.

There is no question that the UK’s decision on FiTs (as well as similar actions in other countries) sends exactly the wrong message about renewables at a critical time for the industry and for EU efforts to achieve its energy goals. No one believes these support schemes should last forever, and everyone knows that they need to be smart, sustainable and properly adapted to changing market conditions. But that doesn’t mean they should be smothered so drastically.

The UK decision and others like it create an increasingly unpredictable regulatory climate that makes continued growth difficult in the crucial near term. Those who want PV need the assurance that they can commit to a clean, sustainable and secure energy source without being taken on a regulatory roller-coaster ride. By the way, those who say that renewables benefit too much from FiTs should remember that fossil fuels and nuclear power have received billions of euros in direct and indirect subsidies in the past decades.

But support schemes are just one way that policymakers can help foster PV development. They can also cut the bureaucratic red tape that makes PV installation difficult in many countries. In Spain it takes an incredible 89 weeks to develop a commercial rooftop system. Complying with these regulations and grid connection processes represents almost half a project’s development cost. Removing these kinds of barriers is free, and would lead to an even earlier FiT phase-out.

Policymakers should not discourage people from getting the renewable energy they want, by mistake or on purpose.

While there has been much confusion in recent months surrounding the UK government’s review of its solar PV FiT rates, it is pleasing to see that the industry now has a positive and definitive platform to progress with going forward.

The revised tariffs will now be fixed for installations with an eligibility date on or after 3 March. Such a short time frame means that we are unlikely to see any sizeable boom/bust scenario, ensuring a sustainable, continuous workflow for the industry as a whole going forward.

The reduced rates payable to owners of multiple installations from 1 April provides a realistic tariff level for housing associations planning thousands of domestic installations, although its impact on ‘fit for free’ providers could be problematic. The defined minimum number of installations (25) – above which the reduced rate applies – is to be welcomed. 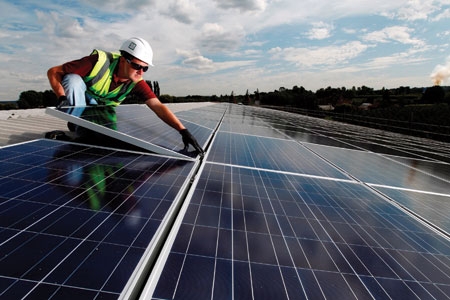 We have long accepted that tariff rates would need to be reduced in line with the decreasing cost of technology, and as such we welcome Phase 2 of the consultation, which aims to establish a longer-term plan for cost control measures for PV, as well as a broader consideration of other technologies. It remains to be seen whether the proposed rates will be sufficient to allow the industry to continue on its current growth trajectory.

The government has also introduced a new requirement for fitted buildings, both domestic and non-domestic, to hold a level D Energy Performance Certificate (EPC) in order to receive the full FiT. We were concerned that the initial proposal, requiring a higher level C EPC, would present too high a barrier to clients, many of whom would have been forced to abandon PV installations altogether. It is pleasing to see the government has taken a more realistic view in this new requirement.

Overall, we believe the new tariffs present a more practical and considered way forward for the PV industry, which will help ensure a stable future for a fast-growing industry.

Britain’s hope that the government would now take positive steps to deliver the industry’s future expansion was quickly dashed with its Phase 2 Consultation on the solar FiT.

Behind proclamations for a ‘stable and predictable future’ for solar power are proposals for six-monthly reviews of subsidies, the removal of RPI-linked payments and a tariff reduction from 25 to 20 years. The recent victory following the government’s humiliating defeat at the Court of Appeal has, sadly, been short-lived.

Ministers have pledged that the UK will generate 22,000 solar MW by 2020; yet generating capacity in 2011 was just 750 MW. Attempts at retrospective changes to tariff rates and thinly veiled hints at further months of disruption have created a hostile environment for the burgeoning industry and for potential investors.

There has always been widespread acceptance that the tariff would need to be reduced as installation costs fell; indeed, in recent years, such schemes have been uniformly cut across the EU. Yet it’s the drastic speed and scale of the cuts that is damaging the UK industry, which also spells trouble for our renewable energy obligations.

The European Commission has since pledged to take legal action against the UK if subsidy cuts threaten progress towards the 2020 target, and whilst the government has taken some positive steps with a more ambitious target for solar production, it remains unclear whether the industry will be able to cope with increased cuts.

Continued uncertainty is placing UK jobs and future investment in grave danger. The UK government must stop the solar fiasco and work to put the industry on a stable footing.

Worldwide solar costs have fallen much faster than policy can be changed, to the embarrassment of every government which has tried it. The UK government is only the latest to face slightly self-righteous outrage from parts of the solar industry after panicky and botched attempts to control consumer costs.

The government had accidentally written homeowners and installers a blank cheque for high profits, payable by electricity consumers, and responded by pushing through cuts without due process. The lawsuit brought by installers in response was technically valid, but lacks pragmatism. I suspected at the time that the programme would end altogether, as the UK does not need it to meet its binding EU targets.

Spain, South Korea, the Czech Republic, France, Ontario and even Germany have already staged almost exactly the same story. The Spanish and Czech governments did worse, with changes in tariffs applying to solar projects that had already been built, and almost no on-going solar support after the boom. The newest proposals are probably the best the UK solar industry could hope for: sharp cuts which will squeeze margins and enforce competitive practices, but a much more ambitious long-term plan, for 22 GW by 2020. 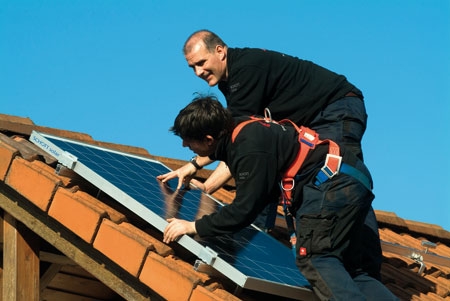 The Germans are expected to keep installing in 2012, even in the north, which is no sunnier than parts of the UK. Module price falls continue to filter slowly through to lower consumer prices, and the solar industry in other countries has usually managed to cut costs in line with tariff reductions and continue growing, albeit at a more sustainable rate. In the long run, an incentive regime which is affordable at large volumes is good news.

The UK government’s appeal against the High Court ruling, which stated that its early FiT cuts were illegal, has been thrown out. The Court of Appeal ruled that the government’s controversial plans to effectively back-date deep cuts to solar FiTs were unlawful. The latest ruling confirms that, once the eligibility date for a solar installation has passed, the FiT rate is ‘locked in’ for the 25-year period, subject only to adjustments for Retail Price Index (RPI).

However, the ruling may have come too late for many, as the impact of the government’s flawed consultation has already had far-reaching implications for the energy, construction and investment markets.

The saga has put at risk investor confidence in the UK renewables sector at a time when vast amounts of private sector cash is needed to decarbonise our power sector. The government needs to be instilling certainty in the market, not fostering high degrees of political risk. It set the FiTs levels too high in the first place, and has clumsily tampered with the rules ever since to close loopholes and reset levels as the market has reacted, quite legitimately, to the opportunities presented.

No one has really argued with a straight face that solar PV tariff levels haven’t needed to come down. The controversy has been around the terms and content of the government’s most recent consultation on tariff reductions, specifically around principles of fairness and retrospectivity. What has angered many is that without explanation the government ignored its own guidance on the length of consultation periods – the period here was only eight weeks, compared with the ‘normal’ period of 12 weeks – and, with the date of applicability of reduced tariffs preceding the end of the consultation period, the outcome was effectively a foregone conclusion.

The short-term picture for many UK solar PV companies remains challenging. After the uncertainty caused by the previous three reviews of the FiT scheme and the ongoing legal battle, this next set of cuts will be very destructive for many. Whilst claiming to set the industry on a more sustainable footing, it will inflict real damage to people and businesses if these plans are carried out as proposed. Some 29,000 people are employed in the sector and many of these jobs are once more at risk. The speed and rate of these cuts will challenge all businesses in the sector and may cause the whole market to stagnate.

We welcome the extra budget and increased ambition, but if many solar workers lose their jobs this year because of these changes, how can we hope to deliver on these aspirations? We call on government to soften the blow to an industry that has delivered amazing things in the last two years, cost reduction, job creation and mass engagement. We too want a sustainable industry moving forwards but this proposal, without adjustment, will not get us there.