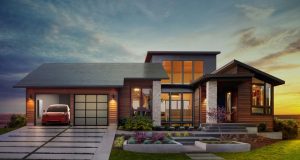 Tesla is opening up its online store for its solar roof tiles Wednesday, Elon Musk said in a message on Twitter. More details—presumably including pricing—will be disclosed shortly.

Tesla will begin with production of two of the four styles of solar tile unveiled in October: a smooth glass and a textured glass version. The Tuscan and French slate tiles will be available by the end of this year. The company will accept orders from around the world, though overseas deliveries won’t begin until next year.

Solar roof can be ordered for almost any country. Deployment this year in the US and overseas next year.

Production will begin at Tesla’s Fremont solar plant in California and then shift to its new factory in Buffalo, New York, with additional investments from Tesla’s partner, Panasonic.

The rooftop shingles are virtually indistinguishable from traditional high-end roofing products, with discreet solar cells embedded beneath a glass surface. From most viewing angles, they look just like ordinary shingles, but they allow light to pass through from above onto a standard flat solar cell.

The pricing and efficiency of the solar shingles will determine whether this is a niche product for wealthy homeowners or a more transformative step for the solar industry, said Hugh Bromley, a solar analyst with Bloomberg New Energy Finance. They’ll be economically competitive if priced similar to traditional roofing materials plus the cost of solar panels.

After Tesla acquired SolarCity in November, Musk said Tesla’s new solar roof product may actually cost less to manufacture and install than a traditional roof—even before savings from the power bill. “Electricity,” Musk said, “is just a bonus.” 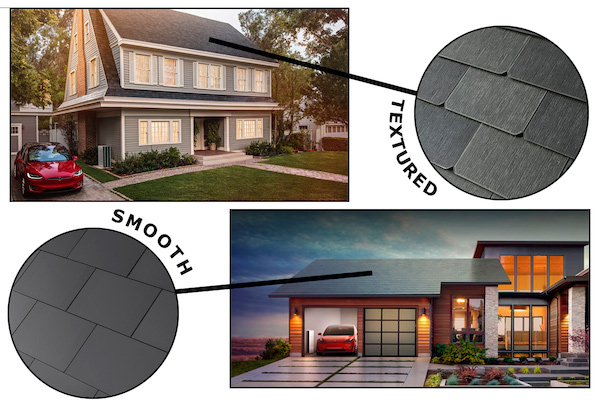