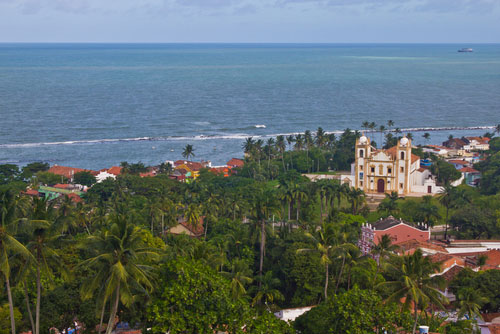 EcoSolifer AG, a Swiss solar company, is planning a panel plant in Brazil as the country seeks to develop a domestic supply chain for photovoltaic components.

The company is evaluating locations now for a facility that will assemble imported cells into about 80 MW worth of panels a year, said Bruno Zacharias, head of the company’s operations in Brazil.

Brazil has less than 35 MW of solar power capacity today, an insignificant part of its power supply. It’s seeking to promote wider use of the renewable energy and has introduced policies encouraging manufacturers to open factories. Zacharias said his plant will start producing cells within five years, something none of his competitors is doing.

“We want to be the first ones to produce solar cells in Brazil,” he said in an interview. The country has set a goal of having 3.5 GW of solar power in operation by 2023.

Besides EcoSolifer, 20 other companies have announced similar plans since 2013. Of those, two assembly facilities are in production and one is under construction, according to Bloomberg New Energy Finance.

EcoSolifer will initially invest 8 million euros ($8.7 million) for the assembly plant and production is expected to begin by April using cells from its factory in Csorna, Hungary. It’s also seeking financing from Brazil’s development bank BNDES.

The Brazil unit will be 55 percent owned by EcoSolifer, and Brazilian investors will own the rest. It’s considering sites in five states, Pernambuco and Bahia in the northeast, Minas Gerais in the southeast, Goias in the midwest and Santa Catarina in the south. EcoSolifer eventually expects to form joint ventures to develop solar farms in the country.

“Manufacturers are interested in producing panels and cells in Brazil and it’s important to put the country in the technology race,” Rodrigo Sauaia, executive director of the Brazilian Photovoltaic Solar Energy Association, said in a telephone interview from Sao Paulo. “Producing solar cells here is key for the industry.”

Brazil held its first energy auction with a category solely for solar farms in October, and is planning two more this year in August and November.

The solar market “is under development in Brazil,” said Maria Luisa Cravo Wittenberg, executive manager of investments at the Brazilian Trade and Investment Promotion Agency, which is advising EcoSolifer. “Whoever starts first will have a competitive advantage.”