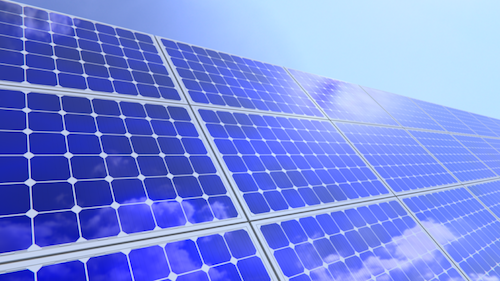 In Sweden, renewable energy firm HPSolartech has signed a deal with infrastructure funding company Sunspark for the construction of 40 land-based solar energy parks in the southern parts of the European country.

The contract is the ‘largest solar energy deal ever in Sweden’ according to the two companies. The deal highlights the importance of solar energy in helping both Sweden and Europe to achieve energy transition goals, according to a statement.

Kenny Fogel, CEO of HPSolartech, said: “I know many people think solar power is out of the question in Northern Europe, but in fact, it is quite the opposite. On average, southern Sweden has about 1,821 hours of sunlight per year, which is about the same as Germany or Holland – countries with a high proportion of solar power parks.

“And solar panels are actually more efficient in cold temperatures. Adding to this the government’s goal to increase the share of solar power in the Swedish energy mix to 10% (from today’s 0.5%), I see a very positive future for solar power in Sweden.”

Read more: How states can collaborate on offshore wind to meet ambitious goals in the U.S.

Sunspark will provide funding whilst HP Solartech will develop the projects, as part of the deal. The construction of the projects is expected to start in early 2022 with two solar energy parks in Olofström and Töreboda municipalities. The two companies will use the projects to ensure energy security and the supply of affordable electricity to Swedish consumers.

The 40 solar parks are expected to be operational between 2023 and 2024, according to a statement.

The Swedish government has in the past few years heavily invested in the growth of solar energy capacity through the Solar Rebate Scheme. As a result, Sweden reached a 1GW solar capacity milestone in mid-April, 2021, according to data released by Svensk Solenergi and the Swedish Energy Agency.

Commenting on the development, Anna Werner, added: “Finally, now we can count national installed capacity in gigawatts and celebrate that we left tedious megawatt counting behind us.

“To keep the installed capacity increasing to new heights, Sweden needs a national plan for how to make the country attractive for investments in large-scale solar. We have a green tax deduction for households who invest in residential installations, but for the large-scale ground-mounted solar installations we have seen no improvements lately. It must become much easier to get the permission to build solar parks in areas with high insolation in the more densely populated southern parts of the country.”

Although Sweden consumes a lot of electricity, compared to its European counterparts, emissions are low owing to the high penetration of renewables including solar, wind and hydropower. In 2020, Sweden started generating more than 50% of its total energy from renewables and has set a target of 100% by 2040.