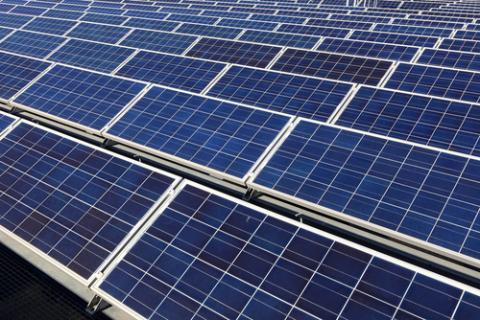 The company will build a factory in the Philippines that will be able to produce 350 megawatts of panels a year and is expected to go into production in 2015, bringing San Jose, California-based SunPower’s total annual cell capacity to more than 1.8 gigawatts, Chief Executive Officer Tom Werner said yesterday on a conference call with analysts.

SunPower is the first solar producer to announce expansion plans as the industry comes out of a two-year slump triggered by a global oversupply, said Ben Kallo, an analyst with Robert W. Baird & Co. in San Francisco. With demand surging in markets from Asia to the Americas, he expects other manufacturers to follow suit.

“I think you’ll see others start to step up production capacity as new global markets emerge,” Kallo said in an interview yesterday.

SunPower’s plants have been running at full capacity for the past two quarters. The company produced 313 megawatts of panels in the third quarter, up 38 percent from a year earlier, and expects to have 1 gigawatt to 1.03 gigawatts of production for the full year, according to a presentation on its website. Werner said production in 2014 will increase by as much as 300 megawatts.

“I think next year what we see happening is the emergence of South America,” he said in an interview. “In 2015 we expect to see more projects in the emerging markets.”

The company reported third-quarter net income of $108.4 million, or 73 cents a share, compared with a net loss of $48.5 million, or 41 cents, a year earlier, according to a statement yesterday. Excluding one-time items, earnings of 44 cents a share exceeded by 19 cents the average of 12 estimates compiled by Bloomberg. Sales increased 1.3 percent to $657.1 million.

SunPower reported a profit in the second quarter, its first in more than two years, as demand in Asia doubled. That’s continuing to spur sales, said Angelo Zino, an analyst with S&P Capital IQ in New York.

“The drivers are the same we’ve seen over the last few quarters: U.S. project pipeline, their leasing business and Japan,” which has the most attractive incentives out there and where SunPower has partnerships with Sharp Corp. and Toshiba Corp., Zino said in an interview before the results were released.

SunPower fell 4.1 percent to $31.85 at the close in New York. The shares have more than quintupled this year. First Solar Inc. is the largest U.S. solar manufacturer.