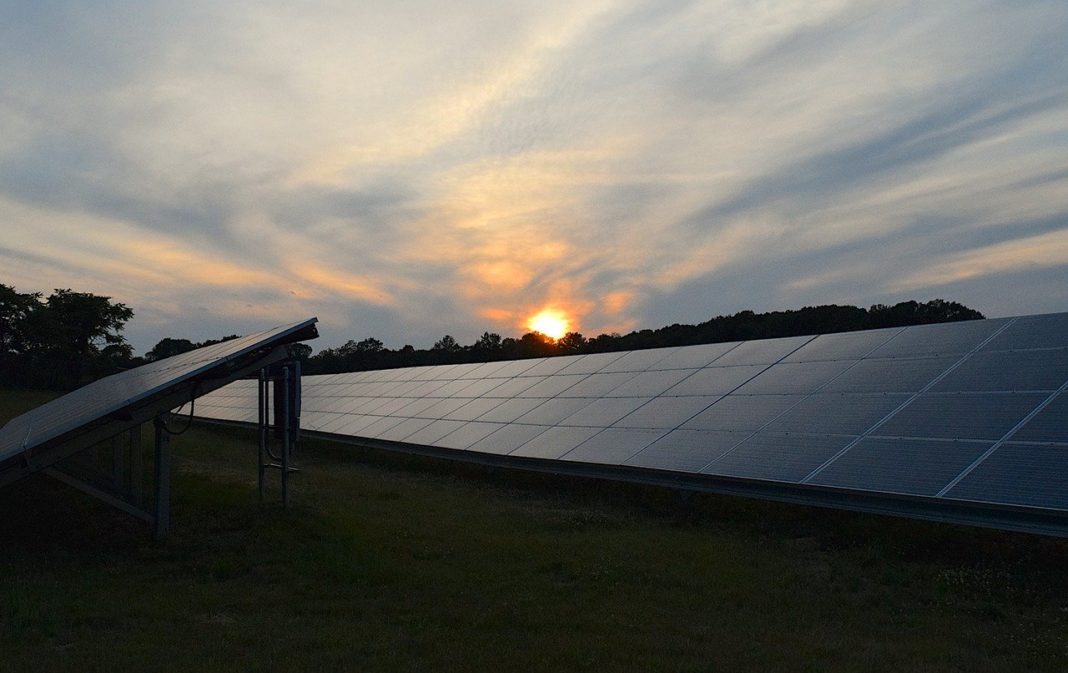 By Will Wade, Bloomberg

SunPower Corp., one of America’s largest solar-panel makers, is giving up its manufacturing business to focus on installing rooftop solar systems.

The company is spinning off its panel production operations into a new company, Maxeon Solar, that will be based in Singapore with factories in France, Malaysia, Mexico and the Philippines, according to a statement Monday. As part of the deal, a Chinese supplier of silicon wafers will make a $298 million equity investment, valuing Maxeon at $1.03 billion.

SunPower described the move as a natural evolution of the maturing solar business. Panel makers once had to help create their own market by installing the equipment they manufactured. Now the market is big enough for companies to specialize in one or the other. First Solar Inc., the largest U.S. panel maker, walked away in September from the business of building solar farms to focus on manufacturing. SunPower is moving in the opposite direction.

“As the industry gets bigger, you get companies that specialize,” SunPower Chief Executive Officer Tom Werner said in an interview. “It’s part of the mainstreaming of solar.”

The spin-off means the U.S. is losing a major panel maker just as U.S. President Donald Trump tries to preserve solar manufacturing jobs at home. The Trump administration imposed tariffs on solar equipment imports last year in an effort to provide domestic manufacturers with a level playing field. SunPower had won an exemption to the duties for the panels it made overseas because of the premium, high-efficiency nature of its products.

Werner will continue to run SunPower, based in San Jose, and hold onto a small panel factory in Oregon.

Jeff Waters, who leads SunPower’s technologies business unit, will become CEO of Maxeon, after the tax-free spin-off is complete in the second quarter.

SunPower panels are known for being the most efficient in the industry, able to convert more of the energy in sunlight into electricity. That can give its panels an advantage for space-constrained installations like rooftops, though they can also be more expensive than rivals’ products.

Tianjin Zhonghuan Semiconductor Co. will own almost 29% of Maxeon after its equity investment, and existing SunPower shareholders will own the rest. SunPower is majority-owned by the French oil giant Total SA. Shares rose 1.2% to close at $8.47 in New York Monday.

In the early days of renewable energy, SunPower and First Solar both built and sold some of the biggest U.S. solar farms. That strategy was born in part by a need for the panel producers to create markets for their products, according to Pavel Molchanov, an analyst with Raymond James & Associates.

Renewables have become more common since then, and the price for solar panels has plunged. Companies are now choosing to specialize in an effort to find an edge over their rivals. “The one-stop-shop of 10 years ago is largely in the rear-view mirror,” Molchanov said.

First Solar sees that edge in manufacturing. It rolled out its flagship Series 6 product and just started production at a new $1 billion factory in Ohio. In September, the company said it would move away from building power plants.

SunPower said it will focus on installing residential and commercial rooftop solar projects. It’s already one of the biggest suppliers, competing against Sunrun Inc., Vivint Solar Inc and Tesla Inc.’s energy unit. That market is expected to grow after a California law that requires solar panels on most new houses takes effect in January, and Werner said he has deals to supply 18 major home builders.