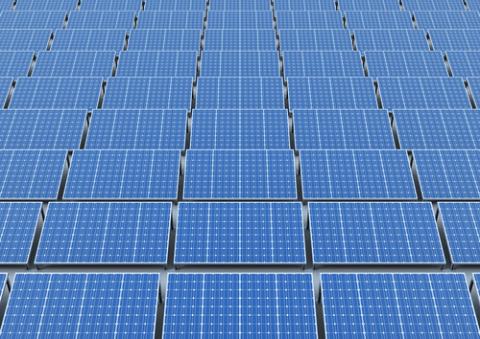 NEW YORK — SunPower Corp., the second-largest U.S. solar manufacturer, is planning a new factory that will expand production capacity by more than 50 percent from current levels, in an effort to increase market share.

SunPower’s Fab 5 may start production in 2017 and will eventually be able to make at least 700 megawatts of solar panels a year, more than double the size of a plant due to start up next year, Chief Executive Officer Tom Werner said yesterday.

SunPower is seeking to increase its capacity as global demand surges. Total industry shipments may increase as much as 29 percent to about 52 gigawatts this year, according to Bloomberg New Energy Finance. SunPower expects to recognize sales of 1.2 gigawatts to 1.3 gigawatts of panels this year, and its factories are running at full speed, Werner said.

“Our share has been in single digits for a while and demand for the last 24 months suggests that we can expand share,” Werner said in an interview. “Our five-year plan is to at least double market share.”

Werner spends a “significant” amount of time talking to manufacturing executives about how to coax more output from factories that have reached capacity. “This is really the market telling us they want more of the product.”

The company’s Fab 4 in the Philippines will begin production in the first half of 2015, and will eventually have 350 megawatts of capacity. SunPower hasn’t determined where to build Fab 5, which Werner said will be at least twice that size. He wouldn’t say how much the new facility may cost.

SunPower reported net income of $14.1 million for the second quarter, or nine cents a share, compared with $19.6 million, or 15 cents a share, a year earlier, San Jose, California-based SunPower said in a statement after the close of regular trading yesterday. Revenue fell 12 percent to $507.9 million.

Including revenue recognized for some utility-scale power plants and other one-time items, earnings of 28 cents beat the 26-cent average of 14 analysts’ estimates compiled by Bloomberg.