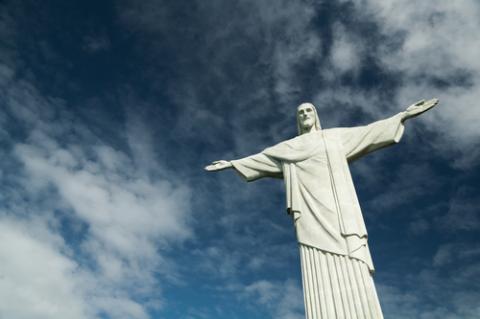 Sao Paolo, Brazil — SunEdison Inc., a U.S. developer and polysilicon supplier, is expanding in Brazil where demand for renewable power is expected to be a key driver of growth.

SunEdison, which has made some major moves lately announcing a possible polysilicon plant in China and the $2.4 billion purchase of First Wind, will invest $30 million in a panel factory in Brazil and has agreed to build solar power plants with local renewable energy developer Renova Energia SA, Jose Perez, the company’s president for Latin America, said today.

“Brazil, together with Mexico, will drive a significant part of the company’s growth,” Perez said at a press conference in Sao Paulo. “Renewable energy will be responsible for 60 percent of total new generation in Latin America in the coming years and we want to satisfy these countries’ growing demand.”

Brazil gets less than 1 percent of its electricity from solar power and has almost no domestic photovoltaic production. The government has set a goal of 3.5 gigawatts of solar capacity in operation by 2023, producing about 1.8 percent of the country’s energy.

In a joint venture announced today, Maryland Heights, Missouri-based SunEdison and Renova Energia will initially develop and operate four solar power plants with a total installed capacity of 106.9 megawatts in Bahia state by 2017. The goal is to invest around 5 billion reais ($ 1.9 billion) to build projects with 1 gigawatt of capacity in the next five years. About 65 percent will be financed by banks with the rest split equally between the two companies.

Renova was among the winners in Brazil’s first power auction for photovoltaic projects on Oct. 31 when the Sao Paulo- based company won contracts for the four plants. It will take about 500 million reais to develop the projects.

“We have been talking since 2012 about solar development in Brazil,” Renova’s President Mathias Becker said today at a press conference in Sao Paulo.

SunEdison will also invest $30 million in facilities to make photovoltaic modules and tracking systems in Brazil with a capacity of 140 megawatts a year. It’s expected to be in operation by 2016. The company’s first Latin American solar plant in Mexico can produce 400 megawatts a year.

“The company’s objective is to be competitive to sell energy in Brazil and the factory is the way we will do it,” Luis Pita, SunEdison’s general director for Brazil, said in an interview.

To spur domestic solar manufacturing capacity, Brazil’s BNDES development bank is offering low-cost financing. Initially, developers can use imported photovoltaic cells. From 2020 on, local content rules will require them to use components produced in Brazil.

SunEdison would join Tecnometal Equipamentos Ltda, which has a solar module plant in Campinas, Brazil and Brasil Solair, which is building a 10-megawatt site.

“SunEdison’s initiative can be an incentive to other companies to come to Brazil,” said Helena Chung, a Sao Paulo- based analyst for Bloomberg New Energy Finance.