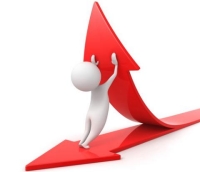 New Hampshire, USA — SunEdison is spinning off its semiconductor division to help fund more of its initiatives in the solar side. SunEdison Semiconductor Inc. will be launched with an IPO for a minority stake planned for next year.

SunEdison said it would reveal more details about the proposed transaction, and its broader outlook for future growth in solar, in a Sept. 9 conference call. Filings with the SEC will occur sometime between now and the end of September, with the proposed IPO happening in early 2014.

“We are still committed” to both semiconductor and solar sectors, but right now the business climate is such that the company feels it’s time “to allow both of those businesses to work separately,” explained company spokesperson Dawn Brister. No details about a new organizational structure were available or what synergies will exist between the two units, though she indicated there will continue to be “technology synergies for sure.”

This division is “the next evolution in our strategic plan to better position both our solar and semiconductor businesses for sustainable, long-term success,” stated SunEdison CEO Ahmad Chatila. “This new structure will allow each independent company to pursue its shareholder value generating strategies, focus on key markets and customers, optimize capital structures, and enhance access to growth capital for each company in the years ahead.”

It’s the end of a long journey for the company. MEMC Electronic Materials MEMC first ramped up its supply of silicon wafers to solar manufacturers in the mid-2000s, though as silicon prices plummeted many of those billion-dollar supply deals had to be cancelled and rewritten. Later it became one of the first upstream solar companies to expand downstream when it acquired SunEdison in October 2009. Changes and challenges in both semiconductor and solar markets caused some restructuring in 2011 that shifted priorities “to a more balanced manufacturing model aligned with our downstream business,” according to the company.

Perhaps the writing was on the wall when MEMC officially changed its name to SunEdison back in May.

Investors certainly liked the news, sending SUNE stock up nearly 16 percent on double the usual volume yesterday when the plan was announced.