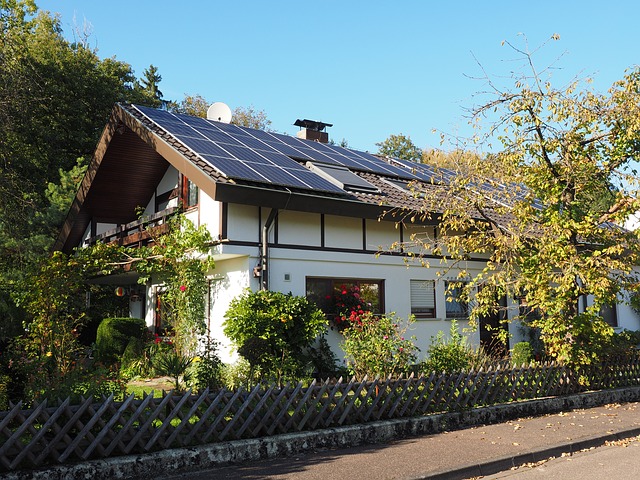 Beyond the environmental benefits and lower electric bills, it turns out installing solar panels on your house actually benefits your whole community.

For years some utility companies have worried that solar panels drive up electric costs for people without panels. Joshua Pearce, Richard Witte Endowed Professor of Materials Science and Engineering and professor of electrical and computer engineering at Michigan Technological University, has shown the opposite is true — grid-tied solar photovoltaic (PV) owners are actually subsidizing their non-PV neighbors.

Most PV systems are grid-tied and convert sunlight directly into electricity that is either used on-site or fed back into the grid. At night or on cloudy days, PV-owning customers use grid-sourced electricity so no batteries are needed.

A previous Michigan Tech study found all customers in Michigan would profit from installing their own solar systems, which would generate electricity for less than they currently pay for it.

“Anyone who puts up solar is being a great citizen for their neighbors and for their local utility,” Pearce said, noting that when someone puts up grid-tied solar panels, they are essentially investing in the grid itself. “Customers with solar distributed generation are making it so utility companies don’t have to make as many infrastructure investments, while at the same time solar shaves down peak demands when electricity is the most expensive.”

Pearce and Koami Soulemane Hayibo, graduate student in the Michigan Tech Open Sustainability Technology (MOST) Lab, found that grid-tied PV-owning utility customers are undercompensated in most of the U.S., as the “value of solar” eclipses both the net metering and two-tiered rates that utilities pay for solar electricity. Their results are published online now and will be printed in the March issue of Renewable and Sustainable Energy Reviews.

The value of solar is becoming the preferred method for evaluating the economics of grid-tied PV systems. Yet value of solar calculations are challenging and there is widespread disagreement in the literature on the methods and data needed. To overcome these limitations, Pearce and Hayibo’s paper reviews past studies to develop a generalized model that considers realistic costs and liabilities utility companies can avoid when individual people install grid-tied solar panels. Each component of the value has a sensitivity analysis run on the core variables and these sensitivities are applied for the total value of solar.

Solar for the People

Some communities, serviced by utility co-ops, have chosen to establish community solar installations, spreading the up-front investment across all participants. It’s a system that makes solar power available to people from all economic groups. Read about L’Anse, Michigan, which is one such community.

The overall value of solar equation has numerous components:

Pearce said one of the paper’s goals was to provide the equations to determine the value of solar so individual utility companies can plug in their proprietary data to quickly make a complete valuation.

“It can be concluded that substantial future regulatory reform is needed to ensure that grid-tied solar PV owners are not unjustly subsidizing U.S. electric utilities,” Pearce explains. “This study provides greater clarity to decision makers so they see solar PV is truly an economic benefit in the best interest of all utility customers.”

In addition to being good for human communities, solar PV technology is good for the planet, and it is now a profitable method to decarbonize the grid. If catastrophic climate change is to be avoided, emissions from transportation and heating must also decarbonize, Pearce argues.

One approach to renewable heating is leveraging improvements in PV with heat pumps (HPs), and it turns out investing in PV+HP tech has a better rate of return than CDs or savings accounts.

To determine the potential for PV+HP systems in Michigan’s Upper Peninsula, Pearce performed numerical simulations and economic analysis using the same loads and climate, but with local electricity and natural gas rates for Sault Ste. Marie, in both Canada and U.S. North American residents can profitably install residential PV+HP systems, earning up to 1.9% return in the U.S. and 2.7% in Canada, to provide for all of their electric and heating needs.

“Our results suggest northern homeowners have a clear and simple method to reduce their greenhouse gas emissions by making an investment that offers a higher internal rate of return than savings accounts, CDs and global investment certificates in both the U.S. and Canada,” Pearce said. “Residential PV and solar-powered heat pumps can be considered 25-year investments in financial security and environmental sustainability.”

Kelley Christensen writes university research stories and articles for university publications. She studied news-editorial journalism and American literature at the University of Nebraska-Lincoln and holds a master’s in technical communication from Montana Tech. She is pursuing her doctorate in environmental policy at Michigan Tech.