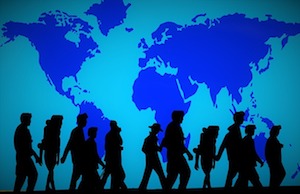 But don’t tell that to the people of the Province of Ontario, Canada.  On June 7, the electorate handed a stunning defeat to its Liberal Government after 15 years of reign. The election winner: Conservative Doug Ford, brother of Toronto’s infamous crack-cocaine smoking mayor, Rob Ford. The issue in the forefront of voters’ minds: sky high electricity prices.

Ever since the Ontario Government invoked its Green Energy Act in 2009 to transition away from coal power to wind and solar energy, electricity prices have risen a whopping 75 percent. In Ontario, electric bills have become as frequent a topic of water-cooler conversation as apartment rents are in Manhattan or San Francisco.

Without question, on every measure of ratepayer protection Ontario is an egregious case of how not to design a renewable energy program:

How did Ontario get their renewables policy so wrong?

For starters, in the development of their policy, the Liberals took advice from a range of academics and think tank wonks enamored with the European model of Feed-in-Tariffs. These advisors often distrusted the ability of free markets to set prices for energy and environmental attributes. As a result, the competitive PPA and REC model that has been used successfully in the United States and elsewhere to deliver value to ratepayers wasn’t considered.  Worse, the province took on a bold protectionist experiment of using renewables policy as industrial policy. Mandates that a certain percentage of equipment used in a project must be manufactured in Ontario were adopted. In a landmark ruling by the World Trade Organization (WTO) these so-called “Domestic Content Requirements” were eventually deemed illegal, forcing many domestic manufacturing plants to shutter.

The renewable energy industry also shoulders some blame. While it’s understandable that the Canadian wind and solar energy associations, CANWEA and CANSIA, would support policy strongly biased towards the profitability of their members, they can be faulted for not also promoting policy to limit ratepayer costs and enhance the long-term viability of their industries.

For example, CANWEA and CANSIA never pressed hard for any sort of federal tax credits or support, like the kind that exist in the United States, to divert costs away from the rate-base to the general tax-base. Nor have they challenged Canada’s predominantly monopolistic and antiquated electricity market with calls for American-style electricity deregulation like those that began under the 1978 Public Utilities Regulatory Policies Act (PURPA) to promote open market access for renewable energy.

As the world moves to reduce greenhouse gas emissions and combat climate change renewable energy deployment will need to be an ever-increasing part of the solution. Yet as the Ontario experience has demonstrated, there’s a tangible limit on ratepayer willingness to pay for a cooler planet. Let’s just hope that policy makers around the world learn from Ontario and strive not to repeat its mistakes. Otherwise, we’ll all be shoulder high in water from rising seas with nothing more to show than many black eyes and a collection of hockey pucks.

Editor’s note: for more on how FIT policies distort markets, take a look at Figure 5 in this article.