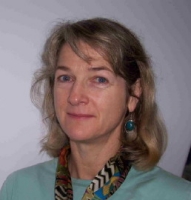 Although my spouse is clever, I was less than thrilled when he announced he was launching a novel plan to remodel our home. It involves 200 feet of galvanized ducts weaving in and out of our walls and roof, solar panels, a charge controller and 100-watt motor to move warm air inside and blow cold air out. My dread increased when he ran his renewable remodel concept by a friend in the energy business. Our friend Don listened to the plan, laughed and said, “Gus, it isn’t going to work.”

That, however, didn’t deter Gus. He went ahead, ordered the parts, started cutting holes in walls, and then headed to the city planning department for a permit. The city employee he met was a bit bewildered by his solar thermal proposal but ended up saying, “I think we can come up with some kind of permit” after a detailed plan is submitted.

Not surprisingly, the project has yet to go forward. Meanwhile, I regularly bang into the many feet of duct pipes laying around. Occasionally, I ask for a status update — usually after smashing my head into a hanging duct — but I’m either ignored or provided no real information as my significant other takes the spousal version of the Fifth Amendment. Less than reassuring.

While not getting a straight answer about what is or isn’t happening with my husband’s remodel is irritating, getting a non-response about a major solar power project that affects the outcome of the state’s renewable law is inexcusable.

Deafening silence was largely the response I got when trying to find out what is going on with Stirling Energy Systems’ mega solar dish deals with Southern California Edison and San Diego Gas & Electric. These agreements potentially involve more than 1,700 MW of renewable energy, a good chunk of the 6,000 MW of alternative energy needed to satisfy the state’s 20 percent renewable power requirement by 2010. To date, there is about 350 MW of new renewable projects since the passage of the complex Renewables Portfolio Standard law in 2002.

The utilities get to count those paper deals toward their RPS obligations — at least until 2013.

Early this week, I called Stirling’s office in Arizona and asked to speak with the vice president Bob Liden. I spoke to him shortly after the agreements were announced, when hopes and potential profits were high. The secretary said Liden was in a meeting and took down both my phone number and email address, saying he’d get back to me. I have not heard a peep. This was my third round of inquiries over several months — all left unanswered.

I also called the company’s lawyer — who gave me an earful about the project’s viability over dinner at a conference many months ago. I contacted the California Public Utilities Commission renewables division that is charged with ensuring the renewable projects remain viable. Those whom I spoke to essentially pled the Fifth Amendment, saying they could not provide information because of confidentiality restrictions. (I also left messages with two staffers at the California Energy Commission said to be keeping tabs on the project, but didn’t hear back.)

I contacted Edison and SDG&E. Edison provided a pat reply that they expect the projects to come to fruition. San Diego confirmed there was a contract in place.

Finally on Thursday, I got a hold of a Stirling employee, who would talk to me — albeit briefly. He said that the company was about to submit a plan to the Bureau of Land Management for permits to build its solar dishes on about 5,000 acres of public land in Imperial County, which are needed for the SDG&E deal. He was unable to provide an update on the Edison-Stirling deal, saying it apparently was hung up on transmission issues.

My bet is that this once golden deal using sun power to heat gas and drive pistons in thousands of large Stirling dishes flops and blow holes in Edison’s and SDG&E’s renewable energy portfolio remodeling plans.

It shouldn’t be this difficult to find out when the pilot projects might come on line–which was initially said to be possibly next year — whether Stirling has nailed down needed site control or get other standard status project updates. The prevailing hush-hush attitude is about as reassuring as all the holes in the walls and untouched ducts at my home.

As you may recall, the solar dish manufacturer reached multi-million dollar deals with a technology not yet commercially proven with the two utilities in 2005. Stirling and Edison announced an unprecedented 20-year, 850 MW agreement in August of 2005. Its build out is contingent on a 1 MW pilot project. SDG&E signed a contract with Stirling the following month, also for two decades, for a minimum of 300 MW. The kWh cost of the deals are secret, but a full build out is needed for Stirling to recoup its investment.

Both agreements were approved by the CPUC behind closed doors as part of the renewables portfolio standard process. They were vetted in secret by some renewable and consumer advocates, all of whom are bound by confidentiality agreements.

I figured project updates didn’t fall under the secrecy agreement over the plan. Thus, I tried to contact two of the renewables advocates who touted the agreements in 2005. I got nowhere. One of them, The Utility Reform Network’s Matt Freedman, is traveling around the world. The other, John Galloway, no longer works for the Union of Concerned Scientists, has moved out of state, and didn’t answer my e-mail.

As with my husband’s home projects, I know that no news is not good news.

The lack of news on the Stirling front is not just frustrating, it impacts the state’s renewable and carbon reduction efforts.

It also highlights the troubling part of the CPUC approval to keep this and other renewable contract terms hidden from the public. Refusal to provide concrete project status updates exceeds any reasonable scope of confidentiality and harms the public, which has a vested interest in a cleaner energy supply.

We do know that the CPUC okayed these projects, although Stirling lacked site control of the many thousands of acres required to build out its projects in the Mojave Desert and in Imperial County. We also know the technology has not been applied on a commercial scale to date. The technology involves large solar dishes that focus the sun’s rays on an engine. The engine has four sealed cylinders that contain hydrogen or helium. When heated, it causes the piston to start cranking.

To ensure that this and other renewable deals are bona fide, the CPUC is supposed to track project developments, like the CEC does with its power plant siting cases. And that tracking should be public. The CPUC’s Paul Douglas, renewables project manager, said the commission was working on a matrix that would provide project status updates, but provided no online date.

Like the home remodel chez moi, the silence that greets my Stirling status update queries is little more than a cover for the lack of progress. But, I’m soon going to patch up those holes and get rid of those ducts. It may cost me a few kilowatts of renewable power but ducking and covering could cause the state to be short of thousands of renewable megawatts.

Elizabeth McCarthy, editor of California Energy Circuit, a reporter/editor with 15 years, has specialized in energy issues since the late 1990s. She also has written extensively on water, heath care, and business for various organizations and publications, including the World Health Organization, Agence France Presse wire service, and Harvard University’s Nieman Reports. McCarthy is an also an attorney.