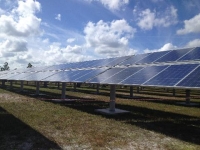 ORLANDO — On Monday under the beating sun, about 30 POWER-GEN and Renewable Energy World attendees toured the 5.9-MW Stanton Solar Array in east Orange County. Jennifer Szaro, Renewables Manager with the Orlando Utilities Commission (OUC), was on hand to answer questions and offer specifics about the project.

Szaro said the project, which has been producing energy for two years now, is performing at 105 percent of expectations, something that OUC is quite pleased about.  She said its higher-than-expected performance could be due to a number of factors including the project design, better than average weather for solar and careful monitoring.  “I think having someone local [to address performance issues] greatly reduces downtime,” she said. 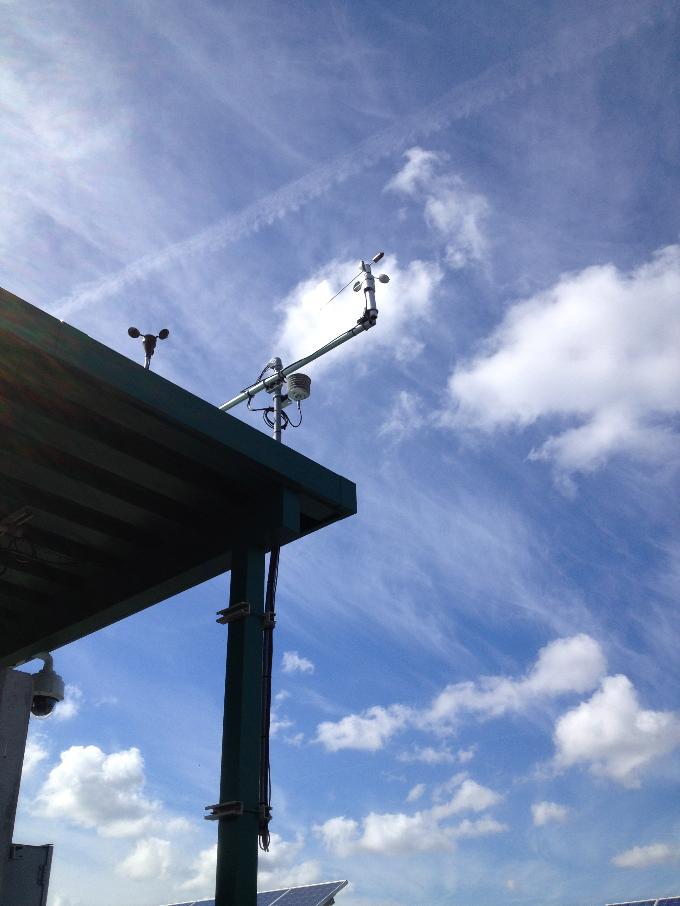 In its two short years of existence, the farm has survived two severe storms, withstanding winds up to 70 miles per hour. When the anemometer (left) detects winds of more than 40 miles per hours for more than 10 seconds the panels move into a “stow” position, meaning that they lie totally flat so they don’t blow away.  Under normal circumstances, the panels track the sun all day long.

The Stanton Solar Farm is comprised of 25,172 Yingli solar panels, SMA 500-kW inverters and a monitoring system from Draker.  For OUC’s next project, Szaro anticipates using 1,000 Volt transformers, which were not available in OUC’s territory when Stanton Solar was built.

Speaking of additional solar projects in Florida, OUC has just completed a 400-kW community solar project that has 39 subscribers. With community solar, a central solar array, sometimes called a “solar garden” is built and members of the community own shares in it so that they can receive all the benefits of having solar without actually putting anything on their roofs. Szaro said that the project was fully subscribed after 6 days and that she now has a waiting list of other customers who want a share in a solar farm.  OUC expects to start work on a 500-kW community array soon and will release its Statement of Qualifications (SOQ) at the end of November.

Duke Energy owns the project and sells power to OUC under a 20-year PPA. Duke officially began self-operation of the project last month, which means that Duke itself, instead of a third-party contractor, officially performs all monitoring and O&M. Mike Butler, Solar Manager at Duke Energy Renewables, said the utility’s ability to monitor and maintain the system is excellent and surpasses those of other third-party O&M providers.  He expects to see more utilities bringing O&M in house for solar projects as the solar industry evolves. For example, “corporate EHS support is a tremendous value to us but O&M providers aren’t always that receptive to that level of oversight,” he explained.