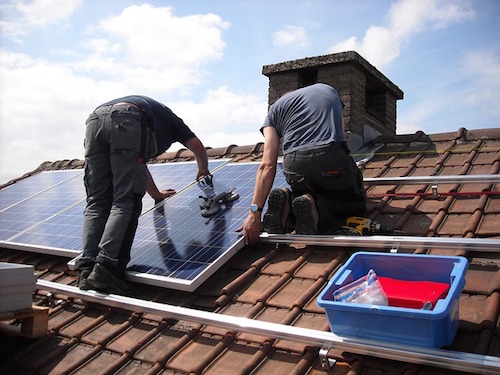 Poorly worded legal language is to blame for the failure of a solar ballot measure to address the grievances of Nevada solar homeowners with the new lower net metering rates announced last December.

In a unanimous ruling against the ballot measure, the seven justices on the Nevada Supreme Court said language in the referendum description for voters was “inaccurate,” “misleading” and “argumentative.”

With the ruling against the measure, Nevada will not have the widely expected measure in November to address the new net metering rule, slashing the rate of return on solar generation for third-party owners (TPO) like SolarCity, and their customers.

In December, new legislation had reduced the net metering rate to 9 cents per kWh from the original retail rate of 11 cents per kWh. A basic charge for solar homeowners would increase from a current $12.75 to $38.51, with both changes to be phased in in four years.

The changes were applied retroactively, crashing expectations of payback periods for both customers and solar installers.

“I think that is one of the more underrated effects on renewables in general; the uncertainty from a policy perspective,” Jim Baak, program director of grid integration at Vote Solar, said. “When you don’t know how long incentives will be around, or whether they will renege, it wreaks havoc on the finance.”

After the decision, in February, NV Energy and solar advocates asked for the claimed 32,000 current solar customers to be grandfathered in over 20 years, but the Public Utilities Commission of Nevada voted unanimously to transition to the new plan over 12 years.

TPOs like SolarCity and SunRun are in a difficult position. They are not only at the mercy of the Nevada regulators, but they are at the same time up against competition from the utility-scale solar industry.

“Nobody wants these ugly antagonistic relationships with utilities, and we really feel that we do a lot better in the [business] by avoiding that,” Becky Campbell, manager of community solar market development at First Solar, said.

First Solar has collaborated with utilities in several states to build community solar.

“Community solar is really a way to have that valuable, productive relationship with utilities and serve that segment of the market without getting into that net metering debate,” Campbell said.

Even just a few years ago, there was not the disparity between rooftop solar and utility-scale solar prices that we see now. In 2010, SunRun was able to sell prepaid solar contracts at 12 cents, while utility scale was 9 cents. Utility scale is much lower now.

NV Energy has a 25-year PPA for First Solar’s 100-MW Playa Solar project at under 4 cents, which is a lot lower than the 11 cents it was paying till January for rooftop solar from its customers.

“Nevada is developing large-scale solar panel projects at record low prices—some of the lowest prices in the nation if not the world,” Nevada PUC Chair Thomsen told Fortune.