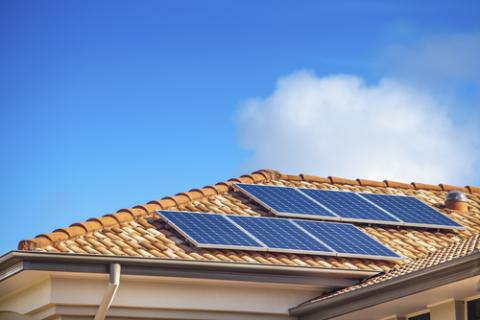 NEW YORK CITY — Andrew Greenfield checks his home’s solar power output against consumption through his computer and mobile phone dozens of times each day. The International Business Machines Corp. storage engineer enjoys trying to match the power he consumes to heat his pool in Arizona with what he produces during the day from the panels on his roof.

Greenfield has paid nothing for power from his local utility since the system was installed by SolarCity Corp. a year ago. At parties and family gatherings he proudly shares his savings data with anyone who’s interested.

He’s your utility’s worst nightmare, and there are now hundreds of thousands of homeowners and small businesses like him as Silicon Valley entrepreneurs transform monthly ratepayers into smart consumers.

“I travel a lot, and don’t always remember to turn off my AC or the pool heater,” Greenfield said. “Now I can just do it on my cellphone.”

The same rooftop solar providers that are threatening utility revenues are more than just occupying customer roofs. They’re inside the home, monitoring usage trends and adapting the systems to meet both homeowners’ needs and their own bottom lines.

SolarCity, Sunrun Inc., SunPower Corp. and Locus Energy LLC are amassing billions of points of data in smart home systems that consumers love and that baffle utilities, many of which have no incentive to help consumers manage their power usage more efficiently.

A Nov. 21 Harris Interactive poll of 2,022 U.S. adults commissioned by Sunrun found that 74 percent have an interest in using technology in their home to track personal data and use energy more efficiently.

“I’ve had solar on my roof for five years, but my utility still doesn’t even know when my power goes out,” said Julia Hamm, president of the Solar Electric Power Association, a Washington-based industry group of utility members. “The information is there, but they aren’t using it. This is something that utilities need to adapt to.”

The lack of visibility into homes shows how utilities have consigned themselves to one-way relationships with ratepayers in their monopoly service areas. Their efforts to develop smart grids have largely failed to energize consumers despite a $4.5 billion government stimulus package in 2009.

While utilities have installed millions of smart meters in homes, they haven’t made use of the data to engage consumers the same way solar providers have, said Neil Strother, a smart-grid analyst at Navigant Consulting Inc.

“Utilities are more focused on cutting their own costs than in helping consumers become more efficient,” he said. “They aren’t motivated to reduce demand.”

The U.S. Department of Energy is more confident that its cash will start to shift the way utilities work with data, said Patricia Hoffman, assistant secretary of electricity delivery and energy reliability. The money went to help fund 15.7 million smart meters as well as more than 1,000 sensors on the electric grid.

“Utilities will learn to use this information,” Hoffman said in a Nov. 27 interview. “It enables demand management, better integrates clean energy and optimizes the grid.”

The solar systems, meanwhile, collect real-time data on hundreds of thousands of homes and businesses across the country that utilities could use to more efficiently and reliably manage theirpower grids.

“We have an algorithm that tracks the clouds designed by a Ph.D. from Stanford,” said Adrian De Luca, vice president in charge of sales at Hoboken, New Jersey-based Locus Energy, which monitors more than 25,000 solar systems in the U.S. and Canada.

“We can tell from across the country whether performance isn’t up to specifications for whatever reasons,” De Luca said. “The utilities should want this data.”

“We’re deploying smart meters from day one of installation and run simulations to determine the most efficient ways to reduce the customer’s bill,” Rive said. “We’re eager to share this information.”

“I asked an executive at one top 10 utility what he was hoping to get from smart meters, and he basically said just to eliminate the meter readers,” Kraemer said. “They left a bunch of value on the table.”