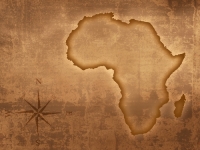 ORLANDO — Eight solar power firm owners and operators from five Southern African countries attended the Solar Power International (SPI) conference in Orlando, Florida last week. Firm owners from Botswana, Zambia, South Africa, Mozambique and Namibia met with potential U.S. technology and investment partners, heard from industry experts on the state of the industry, and checked out the latest products on the market from the more than 1,200 exhibitors at the conference. Working with Maryland-based Elan International, the delegates’ attendance at the conference was facilitated by the U.S. Embassy in Botswana and the U.S. Agency for International Development’s Southern Africa Trade Hub.

For the U.S. Embassy in Botswana, getting the delegates to the conference was a win-win: southern African firms are increasingly seeking to grow their industry in their home countries, and at the same time, the solar industry in the U.S. — and America’s economic recovery — is being driven in large part by exports.  Africa is an open market for U.S. goods and services, and American firms are keenly interested in finding the right contacts with potential African partners.

The African delegates went to SPI ready to find U.S. partners and make new deals.  Tamuka Kaseke, of South Africa’s AM-AMD Independent Power, for example, has recently been licensed by the South African government to develop a 30-MW solar project with other projects in the pipeline, and he’s now looking for an opportunity to buy solar components for his solar parks.  Clearly impressed with American design, technology, and yes — prices — Kaseke has talked with dozens of exhibitors and learned about financing options from The U.S. Export-Import Bank, among others.  “I love what I’m seeing here,” he said.

The three delegates from Botswana were equally impressed.  Felix Chavaphi, who owns the Botswana firm, Energy Systems, observed, “At this conference I’m seeing the state of the art.”  But he qualified the remark:  “I have been surprised at how few Africans are here.  Africa represents a new, potentially important market for solar products.  Many African governments and private sector partners are ready to buy, and policies such as feed-in tariffs are being developed.  Yet it doesn’t seem the solar industry here has many African partners yet.  I feel privileged because I’m getting a lot of attention here.”

The group was the first U.S. Government-sponsored delegation to attend SPI from the Southern African region, which represents a market of more than 277 million people.