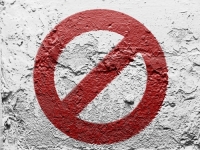 BERLIN — Solarworld AG, the German solar-panel maker that led a group of manufacturers in complaints against unfair competition from China, expects the European Union to announce anti-dumping duties as early as May.

He expects the market to be “very tough” until the playing field becomes more fair in Europe. Bonn-based Solarworld will focus on the U.S. and Japan, where Asbeck said there is growing demand for higher efficiency panels. The company sees “no chance” to sell German solar panels in China due to “unfair market entry conditions,” he said.

“We expect a clear statement from the European Commission, as the data and facts show that unfair subsidies and dumping from Chinese suppliers takes place in Europe,” Asbeck said by phone.

The commission, the EU’s trade authority, initiated an investigation Sept. 6 into whether Chinese manufacturers sold solar wafers, cells and panels in the 27-nation bloc below cost, a practice known as dumping.

The move was a response to a July complaint from 25 European solar companies led by Solarworld, and followed a U.S. decision last year to impose anti-dumping duties as high as 250 percent on Chinese manufacturers.

Solarworld, which has a plant in Hillsboro, Oregon, plans to convert a “significant” share of its U.S. multi-crystalline production capacity into mono-crystalline capacity, Asbeck said. Mono-crystalline panels converts more of the energy in sunlight into electricity at a slightly higher cost.

U.S. investors including Warren Buffett are showing more interest in solar power, he said. Buffett’s MidAmerican Energy Holdings Co. agreed yesterday to spend as much as $2.5 billion on what will be the world’s largest photovoltaic power project in California.

The deal is a “good sign” for the U.S. market, Asbeck said. “Buffett is a great name, but many other U.S. investors have identified the solar sector as a secure investment.”

Asbeck said he doesn’t believe “euphoric” forecasts that China will become the biggest solar market in 2013 as the country is “too decentralized.”

China is expected to install as much as 3,980 megawatts of photovoltaic panels this year, according to a November report from Bloomberg New Energy Finance. That will make it the biggest market, as demand in Germany, the top solar nation last year, falls to 1,700 megawatts from 6,900 megawatts. Asbeck expects Germany to add less than 5,000 megawatts of panels.