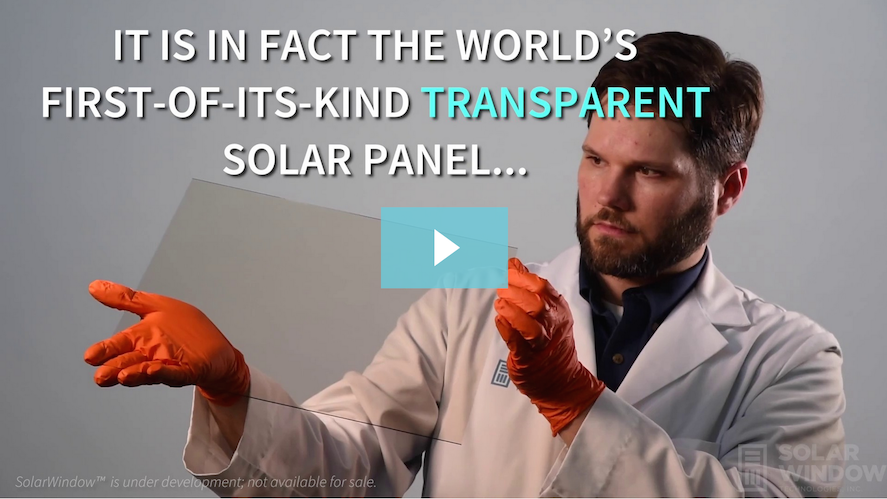 The release comes just weeks after SolarWindow announced it had entered into Phase III of its longstanding Cooperative Research and Development Agreement (CRADA) with NREL, one of the most advanced solar PV research institutions in the world.

SolarWindow coatings are under development for transparent glass windows for tall towers and skyscrapers. SolarWindow modeling shows that its technology achieves the industry’s fastest published financial payback of less than one year as validated by a team of independent engineers and scientists at the University of North Carolina Charlotte Energy Production and Infrastructure Center (UNCC-EPIC).