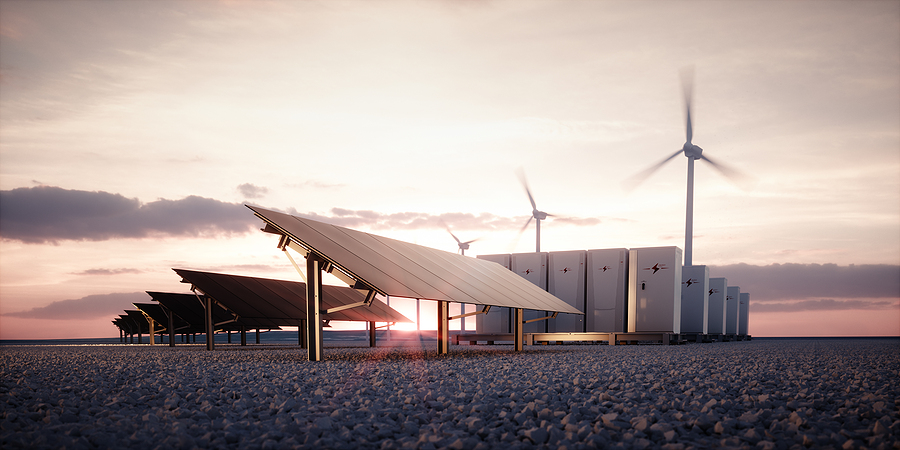 The results are in from a new wind and solar study commissioned by California’s three big investor owned utilities. The main takeaway: solar paired with battery storage is just as reliable as conventional fossil fuel power plants when it comes to delivering power when the grid needs it most.

These results could be the final nail in the coffin for California’s remaining gas peaker plants. The findings were the same in Arizona and New Mexico, which were also included in the study.

The purpose of the study was to determine the “effective load carrying capability” of various solar configurations and wind turbines, both with and without battery storage. Effective load carrying capability (ELCC) is a technical term for being there when you need it. It’s basically a calculation of the reliability of a resource represented as a percentage, so the higher the percentage the more likely a resource will be available at a given time. A perfect generation resource that is always fully available would have an ELCC of 100 percent.

Solar-alone didn’t fair so well. The analysis by Astrapé Consulting calculated solar ELCC values ranging from 4 to 5.8 percent in 2022. That’s very low. What those numbers mean is that a 100-MW solar system would only be expected to contribute up to about 6 megawatts of power when called upon during periods of high energy demand. This has a lot to do with the fact that the grid typically needs energy the most when solar isn’t producing much, during evening hours. Things only get worse over time. As more solar comes online, the ELCC drops to less than one percent in 2030.

In 2022, solar with single-axis tracking jumps from less than 6 percent to over 99 percent ELCC, that’s essentially 100 percent reliability. The numbers still decrease over time but only down to 92 percent in 2030, still awfully good.

Based on these numbers, the utility-commissioned study effectively assigns the same high level of reliability to solar+storage that utilities and grid operators typically reserve for traditional power plants.

Storage also significantly improves the reliability of wind projects, though not to the same degree as solar. Pairing wind with a 4-hour battery system more than doubles wind ELCC values, to 62 percent in 2022 and 50 percent in 2030.

The reason behind the much larger ELCC gains for solar+storage, is that solar installations were found to be able to consistently charge a paired 4-hour battery system. Wind resources lacked the same level of consistency. Because solar has enough capacity to charge a 4-hour battery during sunny daytime hours, that capacity will still be there, ready to be discharged, when utilities need it – day or night.

The study gives a major boost to solar+storage developers looking to compete head-to-head with fossil-fuel resources, particularly California’s fleet of gas peaker plants – a process that’s already moving forward with battery projects both replacing existing peaker plants and derailing plans to build new ones. But there are still around 50 gas peakers currently operating across the state.

The majority of the time these power plants are called upon they run for less than four hours. That makes them extremely vulnerable for replacement by batteries. The analysts at Astrapé also found that adding more solar tends to steepen and narrow the shape of peak energy demand curves, meaning that the duration of peak demand events will get shorter as more solar comes online. A lot of solar is expected to be developed in California over the next few years. Shorter peak periods open up an even larger market opportunity for battery storage and hybrid solar+storage projects.

A new study from MIT researchers came to a similar conclusion. The study explores the value of energy storage as the penetration of solar and wind on the grid increase to 50 percent and higher. The researchers found three key value opportunities for storage in highly renewable grids: 1) storing excess renewable generation that would otherwise be curtailed, 2) deferring transmission upgrades by relieving grid congestion, and, last but not least, 3) replacing thermal generation, specifically gas peaker plants that only run for a few hours at a time.

This doesn’t mean peaker plants are going to disappear everywhere overnight. There are over a thousand of them scattered around the country, mostly concentrated near population centers and often located in low-income communities and communities of color. High capacity market prices will keep these expensive, inefficient power plants alive in many regions and not all grid operators view four hours as providing firm capacity (most notably PJM which requires 10-hour duration batteries).

Still, the California study is another step in the right direction to phase out peaker plants and should accelerate their replacement in California. States with similar market environments should also take note and look to solar+storage as clean, reliable alternatives to gas plants for meeting peak demand.