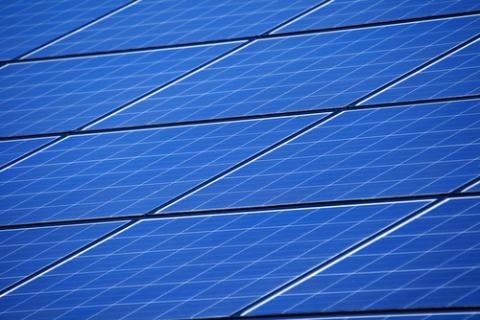 After spending almost $30 billion on solar energy in a single year and installing as many panels as exist in the whole of Spain, Japan is preparing to ratchet back its boom in photovoltaic power.

At least five of the nation’s utilities are restricting the access of new solar farms to their grids. Utilities say two years of rapid expansion has strained their capacity to absorb all the new electricity from sources that generate only when the sun shines.

Prime Minister Shinzo Abe’s government offered some of the highest incentives for solar in the world to build PV as an alternative to the nuclear reactors shut down after the meltdowns in Fukushima more than three years ago. That made Japan the second-biggest solar market, balancing a slowdown in sales in Germany and Spain, which once led the industry.

“Everyone was entering the solar market because it was lucrative, and that has strained the market,” said Yutaka Miki, who studies clean energy at the Japan Research Institute.

Japan’s trade ministry has approved plans for about 72 gigawatts of renewable energy projects since July 2012. The country installed almost 7.1 gigawatts of solar capacity last year, more than currently exists in all of Spain, according to Bloomberg New Energy Finance. A gigawatt is about the size of a nuclear reactor.

Japan’s investment in the technology more than tripled to $29.6 billion in 2013 from 2010 levels, data from London-based BNEF show.

Kyushu Electric Power Co., which supplies power to the southern island of Kyushu, said in late September that it will suspend giving new grid access to clean-energy producers while examining how much more capacity it can take on. The question is whether Japan’s grid can handle intermittent power deliveries from solar farms that only generate when the sun is shining.

Wind power, which accounts for just 1.7 percent of all approved capacity since July 2012, may benefit from bottlenecks in connecting solar plants. After the rapid expansion of solar, more government efforts may be made to increase wind, especially offshore wind, Miki said.

Japan’s incentive program was put in place in July 2012 after the Fukushima nuclear disaster in 2011. The country responded by idling its fleet of reactors, and introducing a feed-in tariff, above-market rates for power from renewable sources.

Minus a consumption tax, Japan today pays 32 yen, or 30 U.S. cents, for a kilowatt-hour of solar power and as much as 40 yen for projects approved in fiscal 2012. That’s effectively the highest rate in the world, above the 11.15 pence (18 U.S. cents) per kilowatt-hour offered in the U.K., according to New Energy Finance.

“Plans need to be made to slow down solar, but any forced measures require thorough reviews and explanations,” said Mika Ohbayashi, director of the Japan Renewable Energy Foundation. The Tokyo-based group was set up by Softbank Corp. founder Masayoshi Son in the aftermath of the Fukushima disaster to promote clean energy.

The government is increasingly concerned about the cost of the rapidly expanding solar industry on top of rising fossil fuel costs. Consumers in Japan paid 28 percent more for electricity in September than they did four years ago while the cost rose just 8.1 percent in the U.S.

Japan’s feed-in tariff program was designed to encourage solar and other renewables, which also include energy from wind turbines and geothermal wells. It was modeled after policies pioneered in Germany in 2004 and replicated across Europe. The high rates triggered installation booms and later painful efforts to constrain demand.

The goal of Abe’s predecessor was to have renewables account for a fifth of the energy mix by the 2020s. Abe’s administration is pushing to restart reactors and is seeking a balance between renewables and other forms of power.

“We will set the target for clean energy taking into account a balance and attributes of other energy sources,” Abe told parliament Oct. 1. Renewables still make a fraction of Japan’s supply. Without atomic power, traditional fossil fuels now account for about 88 percent of Japan’s power output, compared with about 60 percent before Fukushima, according to the latest data from the nation’s utilities association.

Concerned about delays in completing projects, the government has taken action. From April 1, the trade ministry began requiring solar developers to secure land and equipment within six months of winning tariff approval. It also plans to set up a working group to review Japan’s grid.

The future of the incentive program is already throwing solar developments into limbo — chief among them a 430-megawatt project under development on Ukujima, an island off Kyushu in southern Japan. The project, touted by panel maker Kyocera Corp. and its partners as the largest in the world to be built on agricultural land, has yet to secure grid access from Kyushu Electric.

“We had expected Japan’s solar boom to face challenges particularly for the utility-scale market due to Japan’s existing grid infrastructure and lack of an independent system operator,” said Takehiro Kawahara, a Tokyo-based analyst at New Energy Finance. He expects the market for “mega” solar farms “to peak out in 2015 at 3.6 gigawatts of new additions and decline to almost zero by 2018.”