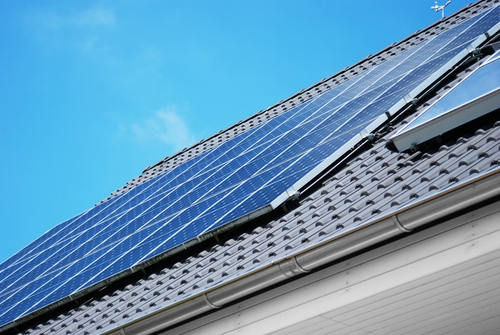 The loss was $31 million, or 41 cents a share, compared with income of $2.76 million, or 4 cents, a year earlier, San Mateo, California-based SolarCity said today in a statement. That was 9 cents more than the average of six analysts’ estimates compiled by Bloomberg.

Sales rose 21 percent to $30 million. This is the company’s second earnings report since its December initial public offering.

SolarCity invested $138.2 million to install solar systems, up 65 percent, as demand for rooftop panels from homeowners and businesses surged. The company is boosting spending now to build projects that will deliver long-term revenue.

“Revenue is climbing but their cash outflows for financing new systems was up significantly more,” Pavel Molchanov, an analyst at Raymond James & Associates in Houston, said in an interview. He has the equivalent of a hold rating on the shares. “The stock is outperforming the results.”

SolarCity installs power systems, often at no upfront cost for customers, who sign decades-long contracts to purchase the power. It said in January that installations will climb 60 percent to 250 megawatts this year, from 156 megawatts in 2012.

Customers include Wal-Mart Stores Inc., which said in March that SolarCity had installed 4.7 megawatts of panels atop 12 stores in Ohio.

SolarCity fell 6.6 percent to $33.50 at 4:55 p.m. after the close in New York. The shares, which jumped a record 24 percent in regular trading today, have quadrupled since trading began.