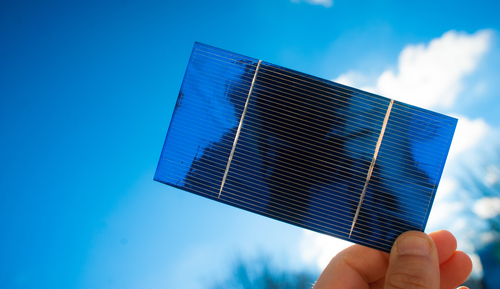 SolarCity in an Oct. 2 announcement said that it will begin production this month on what the company claims is the “world’s most efficient” rooftop solar panel at 22 percent.

The breakthrough for the 355 watt high-efficiency panel came by improving the solar cell-to-module conversion efficiency loss, according to Benjamin Heng, SolarCity’s senior vice president of product engineering and pilot manufacturing.

“This is an example of designing and optimizing the packaging of solar cells (a.k.a, the panel) that is synergetic to each cell,” Heng said.

A SolarCity spokesperson said that the new panel produces 30-40 percent more power than standard efficiency solar panels, but the cost to manufacture them is the same – about 55 cents per watt.

The spokesperson said that the panels will be “consumed entirely by SolarCity,” but the company’s customers will not be able to specifically request the new panels for their homes.

“We’re going to look at projects where it makes a big difference to have high efficiency, for example, for space constraints, but high-energy output is still needed,” he said.

Paula Mints, founder of California-based SPV Market Research, said it is not clear exactly how SolarCity’s announcement will affect the solar panel market at this time.

“They need to tell us more detail about what they are doing, and more importantly, how they are going to get there,” she said. Right now, she added, “this is a company announcement, so the only impact would be their ability to fulfill their own demand; that’s not necessarily going to impact the industry.”

“It’s clearly the direction the industry has to go, especially for residential solar,” he said. “This announcement will add more pressure to the other companies that are going to be coming out with similar high-efficiency, lower cost products.”

SolarCity will immediately begin producing the panels at its 100 MW pilot facility in Fremont, Calif., and eventually move production to the company’s planned 1 GW production facility in Buffalo, N.Y.

The company expects to reach full capacity at the 100 MW pilot facility by early next year, the spokesperson said, adding that full capacity for the 1 GW facility is not expected until early 2017.