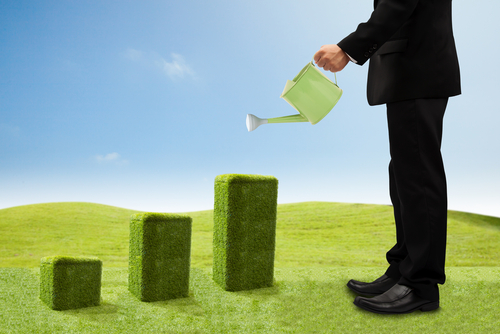 SolarCity Corp. is ready to start behaving like a grown-up, reducing costs and focusing on making a profit. Investors would prefer it continue acting like a teenager.

The biggest U.S. rooftop solar provider, whose largest shareholder is Elon Musk, said on Oct. 29 installation growth will slow as it seeks to become cash-flow positive. Instead of lauding the conservative approach from a company that’s been profitable in only two of the 12 quarters since its initial public offering, investors pushed the shares down the most on record.

The “investor base has largely been focused on growth, and the transition from growth to value could take time,” Ben Kallo, an analyst at Robert W. Baird & Co. in San Francisco, said in a research note Friday. “This could make it difficult for shares to work in the near to intermediate term.” He downgraded the company to the equivalent of hold and reduced his price target to $60 from $68.

SolarCity has been relentlessly pursuing growth, determined to sign up more customers and install more rooftop solar systems. While revenue has climbed, its focus on the top line has come at the expense of profit. It reported on Oct. 29 a third-quarter loss that was 10 percent more than analysts were expecting.

After reporting that the San Mateo, California-based company had installed more than 1 GW of solar panels to date, Chief Executive Officer Lyndon Rive announced a strategic shift on Oct. 29. SolarCity is scaling back its installation forecast for this year, focusing on reducing costs and de-emphasizing an earlier goal of signing up a million customers by July 4, 2018.

The move may not be what investors wanted to hear. SolarCity fell 22 percent to $29.65 at the close in New York, the most since its December 2012 IPO.

“We believe the stock will be under significant near-term pressure as expectations are recalibrated,” Kallo said.

SolarCity reduced its forecast for 2015 installations, in part because weather conditions may slow work, especially on commercial rooftops in the U.S. Northeast. The company now expects to install as much as 898 MW this year, down from a July forecast of as much as 1,000 MW.

With 502 MW installed in 2014, installation growth this year will be as high as 79 percent. In 2016, that will plunge to about 40 percent, Rive said, a necessary step to become cash-flow positive by the end of next year.

“Growing at 80 or 90 percent, those last customers are really expensive,” Rive said.

The decision to shore up the bottom line makes sense, Pavel Molchanov, an analyst at Raymond James Financial Inc., said in an interview.

“Like they say in the oil industry, they have decided to shift to value over volume,” he said in an interview. “They could double again next year if they wanted to but it makes sense for them to prepare for lower margins.”