SolarCity (SCTY) has been one of the hottest alternative energy stocks since its Initial Public Offering five short months ago. Yesterday it shot up 24% in one day, on the largest one-day volume since it opened, in anticipation of its quarterly earnings release. It is up 95% in the past three months, and has more than tripled from its initial trading price. As of this writing SCTY has given back about a third of yesterday’s stratospheric gains.

Now that earnings have been released, let’s take a grounded-in-reality look at this innovative solar company. 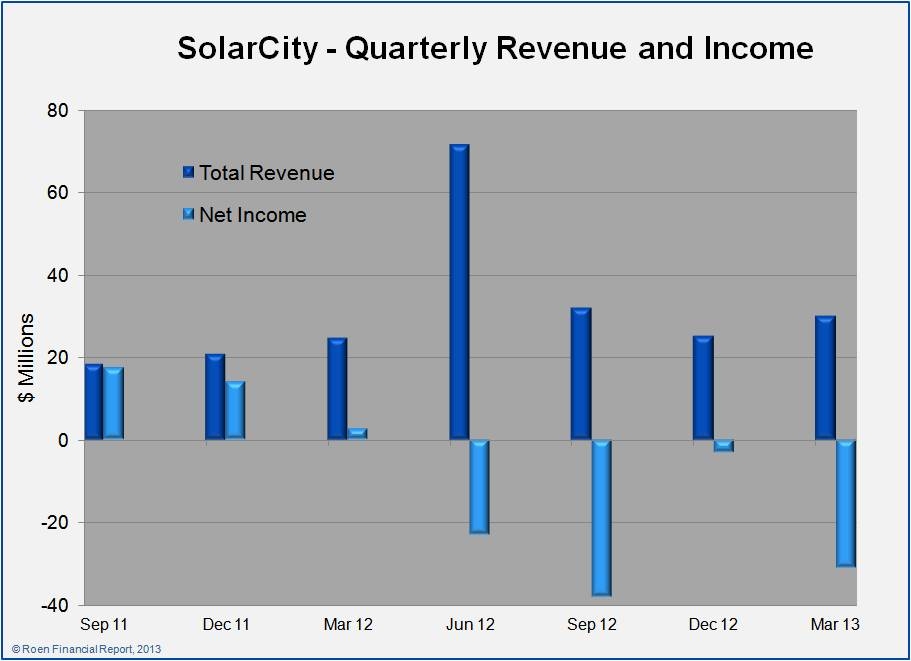 SolarCity’s earnings results were mixed, showing steady revenues, but also a net loss for the first quarter of 2013 (chart above). It’s disconcerting that net income has been negative for the past four quarters, and on a per share basis, the most recent losses were 28 percent greater than analyst expectations. Revenues, on the other hand, came in ahead of analyst estimates, but just barely.

If SolarCity is to make it as a company, it needs to successfully implement a business plan that grows its customer base in a big way. It therefore makes sense to look at data relating to its clients. The chart below shows data for each of the past four years, and compares it to the most recent quarter. 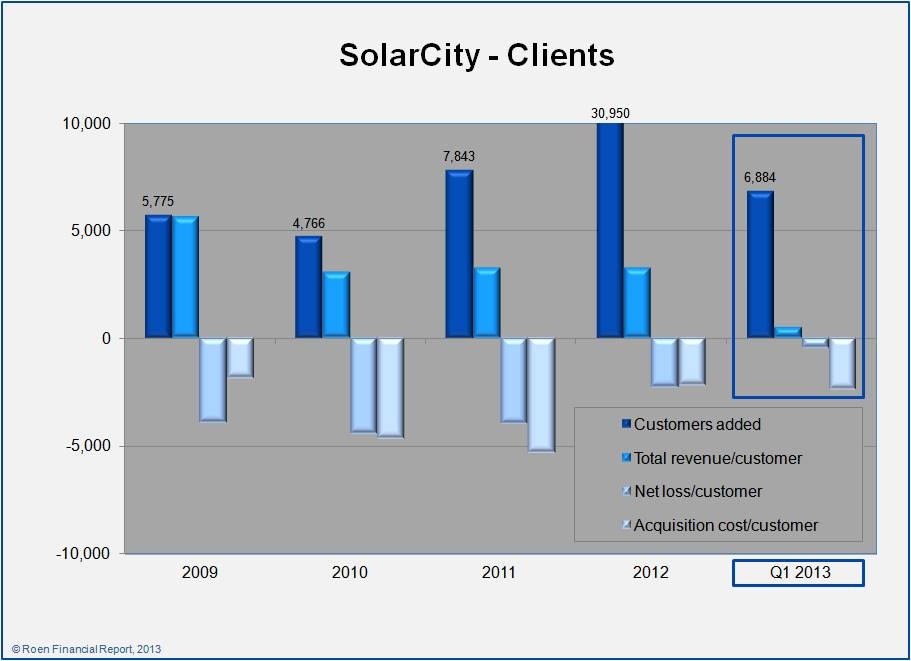 Customer growth remains robust for the first quarter of 2013. 2012 was off the charts, with SolarCity adding on 30,950 new clients. The first three months of 2013 added close to a quarter of that number, which is good news for FY 2013 projections.

Total revenue per customer is declining steadily, but that is to be expected as the number of customers dramatically increases. What is occurring though (and what we want to see) is that the net loss per customer is steadily decreasing. It has changed from a low of around $5,000 in 2010 and 2011, to about $500 in the most recent quarter. If SolarCity can keep that trend going then the company will soon be in the black again. Another important metric is the acquisition cost per customer, which has remained steady at 2012 levels. 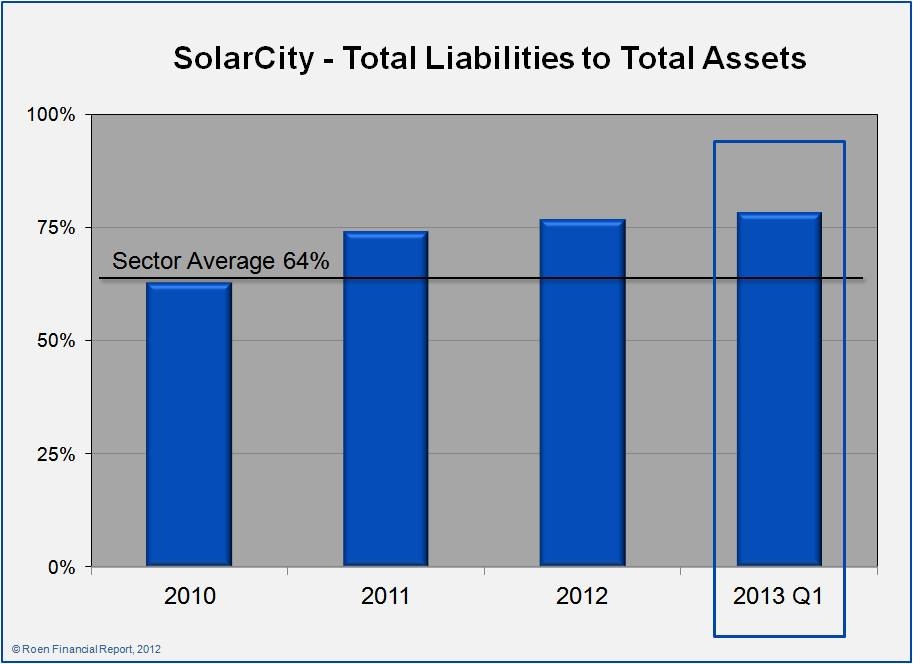 I also find it encouraging that SolarCity’s debt levels remain reasonable, just about the same as 2012 levels. It is important to understand that in many ways SolarCity is a financial company, crafting and offering creative finance options to allow clients to get solar done with minimal up-front costs. As with other financial firms, debt is a big part of SolarCity’s business, so it must be analyzed under that spotlight.

Though I still view SolarCity as an investment for the speculative portion of a portfolio, the long-term prospects for this company are very compelling. For example, SolarCity recently announced its biggest project to date — a 24 megawatt, 6,500 Homes in Project at Navy and Marine Bases in Hawaii. Investors that are willing to ride the SCTY stock price rollercoaster are likely to be rewarded in the long term.

This article was originally published on the Roen Fianancial Report and was republished with permission.