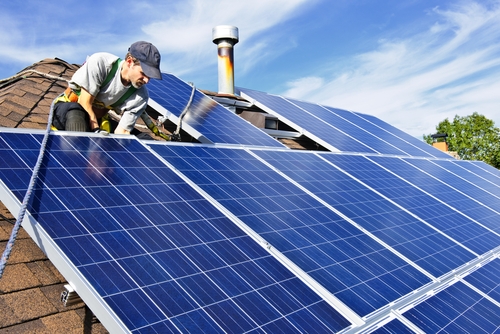 The San Mateo, California-based company sees a price of $8 each after increasing the size of the offering to 11.4 million shares from 10.1 million, according to a regulatory filing. The IPO had been scheduled to price yesterday in a range of $13 to $15 apiece.

Buyers in SolarCity’s IPO commanded a discount even as the company is poised for growth after completing the most equipment installations in California, the U.S.’s biggest solar–power market. The offering is contending with a market that has pummeled public solar stocks and a pending U.S. government inquiry into its accounting practices that may raise costs.

SolarCity, which booked a $95 million net loss in the 12 months through September, is one of a handful of companies that lease solar panels to customers, install them on their property, and charge them below-market rates for the electricity they generate.