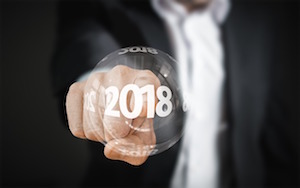 China’s solar PV market experienced rapid growth during the first three quarters of 2017, adding 43 GW in new PV installations, according to data released by the National Energy Administration of China. Of the total, 27.7 GW were PV power stations, a year-over-year increase of 3 percent, while 15.3 GW were distributed PV, up 400 percent from a year earlier.

“The continuing technological improvements and restructuring of the market are the two major factors that led to the overall transformation of the sector,” said Zhuang Yinghong, global market director at Risen Energy. Yang Liyou, general manager at Jinergy, added that the ongoing innovations in technologies and business models are the drivers of the industrial growth.

With the aim of promoting the sustainable development of the distributed PV market, it behooves China’s PV makers to re-evaluate their traditional strategies, develop market channels and perfect their project quality systems, in line with the central government’s supportive policies. In Zhuang’s opinion, PV companies should identify the starting point of their distributed PV markets, and encourage residents in the identified market to become more engaged with and learn more about their energy options through seminars and related educational events.

PV companies should enroll agents in every city where a distributed PV model makes sense as a way of extending distributed PV throughout the country. Finally, and most importantly, PV companies must ensure the quality of their products and their before-sale, in-sale and after-sale services to raise awareness and build their reputation.