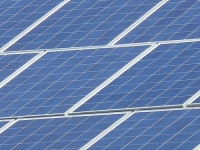 WASHINGTON, D.C. — Last month was a big one for the German solar industry. According to figures released by a German water and energy trade association, distributed solar photovoltaic systems produced 10 percent of Germany’s total electricity consumption for the month of May. That’s a 40 percent increase over May of 2011.

On the 25th and 26th of May, Germany was able to meet one third of its peak demand with solar alone.

There are now over one million solar systems installed across Germany. In 2011, solar accounted for 3 percent of the country’s total electricity generation — a 60 percent increase over 2010.

A sunny month and a continued boom in installations contributed to the increase in generation. In the first quarter of 2012, deployment of solar PV systems was more than three times higher than the first quarter of 2011. In the rush to get systems placed in service before Germany administers steep cuts to its feed-in tariff program, installers put 1,800 MW online in the first three months of the year. That’s roughly what the entire U.S. industry installed in 2011.

But the continued growth in German installations and increase in solar generation is also sparking calls for more cuts to the country’s incentives. The feed-in tariff, which provides system owners with a guaranteed rate for every unit of energy fed into the grid, has been the key reason for Germany’s success. But with solar costs dropping and generation increasing, the premiums given to producers have been reduced substantially in an effort to cool the market.

In 2011, Germany got roughly 20 percent of its electricity from all renewable energy technologies.