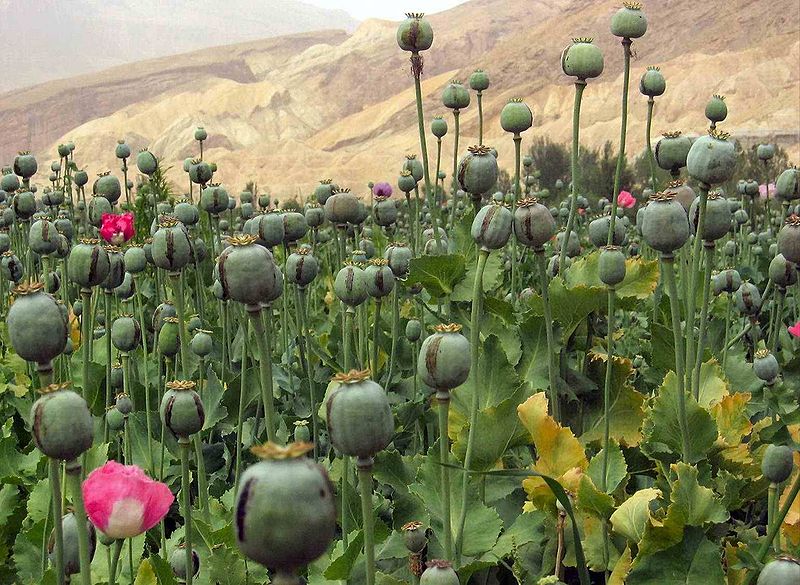 A news story along the lines of ‘things that make you go hmmmm.’

Farmers in Afghanistan are turning to solar powered water pumps to boost production of heroin-producing poppies and it’s working out quite well for them.

That’s according to a report this week from the BBC, in which correspondent Justin Rowlatt looked at production amounts of the drug over time and compared it with the introduction of cheap solar power. The result shows that after farmers discovered they could use solar power, instead of diesel, to power water pumps that would irrigate their fields, not only did they produce more crop, but they also spread further into the desert adding to the land they were already farming, and subsequently increasing the world’s supply of opium.

According to Richard Brittan, a former British soldier who specializes in complex environments (aka danger zones), who was interviewed in the article, the process is very simple.

Farmers need only drill down approximately 325 feet to where they find water, place an electric pump in the hole and attach the pump to a few solar panels, then start filling a reservoir with water to irrigate their poppy fields. Brittan’s team had counted more than 67,000 solar arrays in the Helmand valley, the area that produces approximately two-thirds of the world’s opium supply, according to the article.

It’s no doubt that solar has been a transformational technology across the globe. In Africa, solar power is not only electrifying homes but it’s also helping farmers produce more crops than they have ever produced before. Indeed, the Solar Electric Light Fund (SELF) has been working to bring solar-powered refrigeration for vaccines to places like Haiti; clean water to African countries like Benin, and using solar power to lift people out of poverty and improve the quality of life for thousands since 1990.

Solar power is even being used in the cannabis growing industry via a microgrid near Boston, Massachusetts.

But the fact that solar is being used to help power an industry that is responsible for ruining the lives of so many young people across the world is enough to give one pause at the very least.

You can read the whole fascinating article, complete with predictions of global catastrophe brought on by sustained unemployment due to COVID-19, growing opium production, and increasing civil unrest, here.